Paris Under Siege: Why Were Cats Four Times the Price of Dogs? 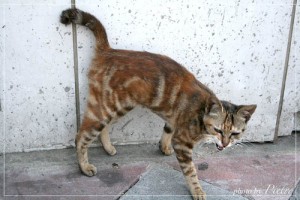 In his discussion of the Siege of Paris from 1870-71, David McCullough in The Greater Journey discusses the path of meat prices. One observer “considered cats ‘downright good eating,’ as apparently did many people. The price of a cat on the market was four times that of a dog.” Whether the price difference was really based on demand—differences in tastes for the two kinds of meat—or supply—is not mentioned in the book, but perhaps Parisians protected Fido less well than they protected Fluffy.

This illustrates a ubiquitous problem in discussing price differences: It’s easy to adduce a cause on one side of the market, but just as easy to bring up another cause on the other side of the market. I would bet on demand in this case, though, since it’s easier to protect Fido than a loose-running cat.

Cat tastes just like rabbit. I don't know how a dog tastes.

On the other hand, cats are better at escaping after they have been caught. But were these prices for cut meat or for the live animals? If food is short, a live cat has value as a mouser.

Egad. I wonder if this is when they decided that snails were acceptable to eat as well.

OTOH: On the TV show "Locked Up Abroad":

Are we visiting this issue now cause the Dollar is debased and we may all be eating cats and dogs soon.

It's probably because cats have a lot less meat on them.

You can't explain the price differential purely by scarcity of cat meat. Unless cat meat has some perceived advantage over dog meat (or there is some reason to prefer a diet of both kinds of meat rather than just one) then nobody will pay more for cat meat as dog meat is an acceptable substitute.

Fact: dogs eat poop, cats don't. Based on this alone, I would rule out eating dog and would consider cat a much more desirable meal.