Don't Call it a Comeback: Euro-Babies on the Rise 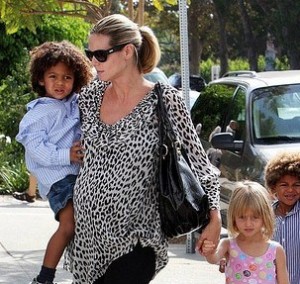 Along with its current sovereign debt issues, Europe has been facing a declining birthrate for the last couple decades- something that becomes a particular problem when welfare systems don’t have enough young contributors to support the old. But according to a recent RAND research brief, European fertility rates appear to be bouncing back.

Many European governments have been concerned about falling fertility rates, due to the welfare implications of an aging population supported by a shrinking workforce. However, ‘doomsday’ scenarios of fertility spiraling downwards and European populations imploding have not materialized; indeed, recent snapshots of indicators for childbearing suggest some recovery in fertility.

European women are still waiting longer to have children, but they’re having them at the same rate that they did a generation ago. The initial period in the 1970s and 1980s when women waited to have children left a data set that might be more of a hiccup than a permanent population change.

If we look at age-specific trends, we can see that the fertility decline at younger maternal ages has stabilized, while at later ages, fertility is increasing. Couples are having about the same number of children as couples 30 years ago, but at a later age.

The briefing is quick to knock down the theory that immigration is the primary driver of Europe’s recovering fertility rates. Immigrants generally acclimate to the trends of their adopted homes fairly quickly: “The data reveal that the fertility trends of many groups of foreign-born women tend to converge with the average of native women.” In Sweden for example, RAND notes  that immigrant fertility rates typically converge with native rates within two years.

Still, though Europe’s population might be recovering, it will take at least a generation to reverse the decades-long decline, especially as European populations continue to age. So in the end, this doesn’t really change the short term affordability question of Europe’s pension and healthcare programs.