What if We Paid Bank Regulators for Performance?

Well then they probably wouldn’t make much money would they? Zing! No but seriously. A new paper by two law professors, Frederick Tung of Boston University and M. Todd Henderson of Chicago, proposes just that. Here’s the abstract (with a link to the full paper):

Few doubt that executive compensation arrangements encouraged the excessive risk taking by banks that led to the recent Financial Crisis. Accordingly, academics and lawmakers have called for the reform of banker pay practices. In this Article, we argue that regulator pay is to blame as well, and that fixing it may be easier and more effective than reforming banker pay. Regulatory failures during the Financial Crisis resulted at least in part from a lack of sufficient incentives for examiners to act aggressively to prevent excessive risk. Bank regulators are rarely paid for performance, and in atypical cases involving performance bonus programs, the bonuses have been allocated in highly inefficient ways. We propose that regulators, specifically bank examiners, be compensated with a debt-heavy mix of phantom bank equity and debt, as well as a separate bonus linked to the timing of the decision to shut down a bank. Our pay-for-performance approach for regulators would help reduce the incidence of future regulatory failures.

The authors are essentially proposing giving regulators stakes in the banks they oversee, by tying their bonuses to the changing value of the banks’ securities, theoretically giving them a motive to intervene when things look dicey. If the incentives are well designed, the authors argue, regulators would capture the benefits that accrue from making banks more valuable, and suffer the negative consequences when banks fail. 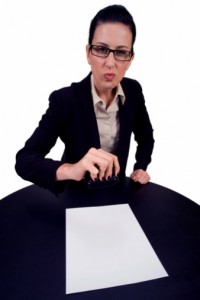 The proposal would completely change the role of the regulator, from antagonist to partner. The authors think this would lead regulators to use private information they learn on the job, not only to improve their own pay, but also to send indirect signals to the market by acting to curb excessive risk taking at a particular bank. This would ultimately improve transparency, and lead to fewer instances where the market has a wrong view on a bank’s value.
But there’s a reason people go into government work and not the private sector. Would pay incentives even work on them, given their “public-spirited motivations?” In light of the recent failures of merit-pay for public school teachers, maybe not, but the authors balk at the notion that regulators are sufficiently motivated, given their dismal performance in the financial crisis.

At scores of banks, examiners and other regulators were well aware of operational deficiencies and excessive risk taking several years before those banks failed. But regulators stood still in the face of this information. They utterly failed to demand corrective action by banks. Instead, examiners continued to rate these risky institutions as “fundamentally sound.” Washington Mutual, the largest bank failure in U.S. history at the time of its failure, enjoyed a “fundamentally sound” rating until six days before its collapse. Defending regulators’ existing incentive structure seems quite problematic after the Crisis.