How an Absent Father Affects Boys and Girls Differently 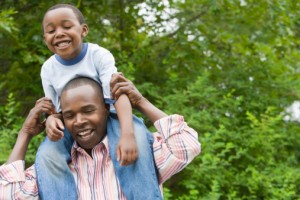 According to the U.S. Census Bureau, the share of children living in mother-only households has risen from 8 percent in 1960 to 23 percent in 2010. Freakonomics has a long-standing interest in the role parents play in the lives of their children, and while we usually find no merit in helicopter parenting, a basic level of involvement is obviously important. Past research has shown that a father’s involvement with his children is linked to all kinds of beneficial outcomes, from higher academic achievement, improved social and emotional well-being, to lower incidences of delinquency, risk taking, and other problem behaviors.

A new working paper from authors Deborah A. Cobb-Clark and Erdal Tekin examines the relationship between juvenile delinquency and the role of a father in the household, particularly in terms of the different effects an absent father has on boys and girls. They discovered, among other things, that sons benefit far more from a father (or father-figure) than daughters do. From the abstract:

…we find that adolescent boys engage in more delinquent behavior if there is no father figure in their lives. However, adolescent girls’ behavior is largely independent of the presence (or absence) of their fathers.

Though a non-residential father isn’t ideal, a father-like replacement does have positive effects on boys. A stepfather tends to reduce delinquent behavior, and having a father figure who puts in a significant quantity of time around a child is important.

Adolescent boys who have a father figure in their lives are significantly less likely to engage in subsequent delinquent behavior than are their peers with no father in their lives.  For example, the incidence of any form of delinquent behavior is 7.6 percentage points lower among boys living with their biological fathers and is 8.5 percentage points lower among boys who live with stepfathers and have no relationship with their biological fathers.

While daughters generally require a level of quality interaction with a father figure, sons benefit from sheer quantity of time, and respond simply to having a father or father figure around the house. Most interestingly, however, is the finding that daughters appear to be adversely affected by contact with their non-residential biological father.

It is also important to note that growing up with only a non-residential, biological  father who spent time talking with his adolescent daughter appears to be associated with slight increases in her delinquent behavior as measured by any type of crime, violent crime, and selling drugs once she reaches adulthood. This surprising result may be due to the possibility that these verbal interactions between the non-residential father and the adolescent  is an indication of a problematic relationship between the two, which might have manifested itself as delinquent behavior later in life.

For both young men and women, delinquent behavior decreased if their mothers simply spent time “doing things” with them during their adolescence. Mothers also do significantly more “talking” with their daughters than with their sons, a potential contributor for why sons are more affected by the absence of a father than daughters are. However, the authors note that:

Mothers also do not appear to compensate for the complete absence of a father figure by increasing their involvement with their children. In fact, it is those children without a father figure in their lives who engage in fewer activities and talk about fewer issues with their mothers.