Horizontal vs. Vertical: An International Comparison of Teaching Methods 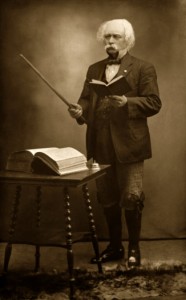 A new study released by NBER from authors Yann Algan, Pierre Cahuc and Andrei Shleifer takes a look at how teaching practices affect social capital. It’s long and detailed, so we’ll only give you the highlights: in a nutshell, there are major differences between societies that teach vertically (like a teacher lecturing) and societies that teach horizontally (with students working together in groups.)

And because everyone loves international comparisons, the difference between horizontal and vertical countries breaks down as follows:

Among the most interesting points from the study is the correlation between teaching method, trust level, and government effectiveness. Reminiscent of the cultural hierarchy studies from Hofstede, Schwartz and Trompenaars the authors write:

Horizontal teaching methods are more endemic to countries with high levels of cooperation, and higher student evaluations of a teacher’s fairness as measured by a ‘willingness to listen.’ Teacher trust levels in students are particularly correlated to future government trust levels in adults. Using data from the International Social Survey Program, the authors write, “It appears that subordination to teachers as a student leads to a feeling – and perhaps a reality — of subordination to bureaucrats as an adult.”