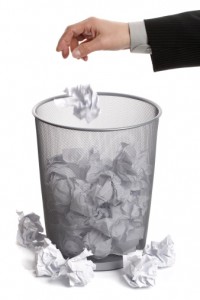 There’s a new trend emerging in academic research: more retractions. According to a recent article in Nature by Richard Van Noorden, “[i]n the early 2000s, only about 30 retraction notices appeared annually. This year, the Web of Science is on track to index more than 400 (see ‘Rise of the retractions’) — even though the total number of papers published has risen by only 44% over the past decade.”

The article suggests that the uptick is a result of “an increased awareness of research misconduct” and “the emergence of software for easily detecting plagiarism and image manipulation, combined with the greater number of readers that the Internet brings to research papers.”

While scientists and editors support the change, they point to various problems with the system: policy inconsistencies across journals, “opaque” explanations for retractions, ongoing citation of retraction papers and the stigma surrounding retraction.  “[B]ecause almost all of the retractions that hit the headlines are dramatic examples of misconduct, many researchers assume that any retraction indicates that something shady has occurred,” writes Van Noorden. “And that stigma may dissuade honest scientists from doing the right thing.”

Zen Faulkes, a scientist at the University of Texas–Pan American, thinks transparency is the key to a solution: “If journals told readers why a paper was retracted, it wouldn’t matter if one journal retracted papers for misconduct while another retracted for almost anything.”

Freakonomics readers, any thoughts?  How would you reform the retraction system?