The World's Fastest-Growing Cities: Kabul is No. Five 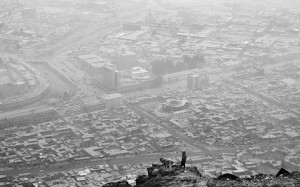 In honor of the world’s estimated population hitting seven billion next week, Foreign Policy has compiled a list (with beautiful photographs) of the world’s seven fastest-growing cities. China and India dominate the list, but a few of the entries may surprise you.  For example, number five is Kabul, Afghanistan.

“One of the oldest cities in the world, it is growing rapidly despite — or perhaps because of — the security concerns that plague Afghanistan,” writes Kedar Pavgi. “The city has 6 million inhabitants, and continues to expand at 4.74 percent a year. But the city faces serious resource shortages. By 2050, the city will need six times the amount of water it currently uses in order to quench the thirst of its inhabitants. This, coupled with severely limited infrastructure, will hinder the city’s convalescence from years of war and conflict.”

The fastest-growing city of all is along the coast in China’s Guangxi province: “Beihai, which translates to ‘North of the Sea,’ has a population of approximately 1.3 million people, with the central urban area containing over 500,000 people. That might not sound particularly impressive, but the city is projected to grow at a blistering 10.58 percent annual rate, which would double the population in approximately seven years. The growth derives mainly from the port of Beihai, a deepwater port, and the extensive tourism industry in the area.”