Drops in the Bucket: How Far Along Are We Really Toward Reducing Healthcare Spending?

Ezekiel Emanuel has a series of columns in The New York Times exploring healthcare costs that’s worth examining. Emanuel is an oncologist and prolific bioethicist. He has an M.D. and a Ph.D. in political philosophy from Harvard, where he also taught. He advised the White House on healthcare and was recently named chair of the bioethics department at Penn. And yes, he’s the older brother of Chicago mayor Rahm Emanuel and Hollywood agent Ari Emanuel (fictionalized by Jeremy Piven on Entourage). 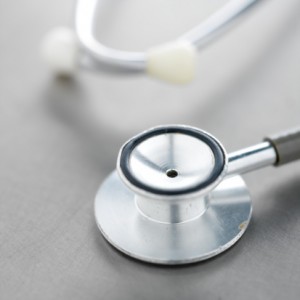 Two weeks ago, Emanuel pointed out that even though the U.S. outspends every other country on healthcare ($2.6 trillion a year; the equivalent of France’s entire GDP), we’re nowhere near the healthiest country. This week, he debunks ideas from the Left and Right about how to fix soaring costs. Emanuel starts by noting that healthcare spending “typically increases by about $100 billion per year.” He sets a modest goal of cutting 1 percent of total spending, which comes to $26 billion a year; then does something politicians rarely do in stump speeches: he runs the numbers.

First up, rallying cries from the Left: Could the solution be reining in profits of greedy insurance companies?

[I]t turns out that the combined profits of the country’s five largest for-profit health insurance companies — United, WellPoint, Aetna, Humana and Cigna — were $11.7 billion, only 0.5 percent of total health care spending. Even confiscating every penny of those profits would add up to less than half of the cost-saving threshold.

So what about drug companies who charge more for brand name drugs and more to U.S. customers than those in other countries?

Between 2004 and 2009, generic drug use rose from 57 to nearly 75 percent of all prescriptions. Paradoxically, over those same years, the total amount Americans spent on drugs actually increased by 31 percent — the same rate as overall health care expenditures. Even the best estimates suggest that savings from expanding generics’ use even further are, according to the Department of Health and Human Services, “likely to be small relative to total spending on drugs.”

Same problem for re-importation from Canada:

Pharmaceutical costs account for roughly 10 percent of total health care spending, some $260 billion in 2010. Importing brand name drugs from abroad would cut about 2 percent from that — $5 billion per year.

Next he looks at ideas from the Right, like reforming the legal system. Right now, doctors’ costs are driven up by malpractice insurance, and they’re incentivized to practice “defensive medicine,” ordering extra scans and tests. Emanuel cites a CBO report finding that aggressively capping lawsuit non-economic and punitive damages would save a good chunk of money, but not enough on its own.

A package that included a $250,000 cap on noneconomic damages, a $500,000 cap on punitive damages and a one-year statute of limitations for claims by adults would save about $11 billion a year — 40 percent from reduced malpractice premiums and the rest in the form of fewer defensive procedures like M.R.I.’s.

Capping costs of the few super-expensive patients (refusing them additional treatment), even if we could identify them in advance, would also only go so far, as he cites insurance company data showing there were only 255 patients whose care cost over $1 million in 2010, which again would save only 0.5 percent.

Even if you quibble with Emanuel’s numbers, the idea that each of the “magic bullet” solutions is only a drop in the bucket shows how hard it is to fix a complex system with actors whose incentives don’t always align.  And let’s not forget that healthcare is more complicated than most systems – diseases often don’t act predictably, and neither do patients. Emanuel will offer some of his ideas in his column next week (he’s obviously been thinking about these issues for a while), but can you think of a precedent for the kind of reform we’re talking about here?

And just for fun, you can see a conversation with all 3 brothers here.

The answer is simple. Regulate the insurance company. It is an industry that has the country by the shortys.

It amazes me the degree to which the author in the New Yorker doesn't understand basic economic principles.

The idea is not "someone comes into the emergency room and haggles with the doctor."

The idea is that, presented with two options (say, "a cheap course of drugs with 90% effectiveness, and an expensive surgery with 95% effectiveness), the patient has more incentive to pick the cheaper course than the doctor.

Interestingly, the article talks about what different hospitals can do to reduce costs without reducing care - but refuses to make the connection that the only reason to *incentivize* hospitals to do that is to make patients care more about their care costs. If I can get the same care a county over for half the price, I'll go there. If I can get the same care for the same cost to *me*, but twice the cost to my insurance... I'm not really going to care.

The solution to the healthcare spending problem is getting Americans to be, well, healthier. Healthy people do not need "healthcare" except for treatment of injuries, having babies, routine checkups, etc. Studies estimate that up to 70% of healthcare costs are caused by poor lifestyle choices which lead to chronic diseases. Things that contribute to chronic disease are poor diet, lack of physical activity, smoking and excessive drinking - all habits of choice by individuals. What we need to solve the out of control healthcare spending is a change of behavior for most of the US population.

I am so fortunate to be living in Canada.

I thank my lucky stars.

Thank God for this healthcare system of ours.

Gave birth in one of the best hospitals anywhere. Not a penny out of my pocket.
Regularly go for breast exams, etc. All free. And it's performed at a fine, modern clinic.

Ended up in an emergency a couple of years ago. Was kept in a hospital overnight. Underwent a series of tests. Estimated cost of that single day of emergency care in Texas would have been about $4000.
I paid for the ambulance (I don't have supplementary insurance for private hospital rooms-ambulance is free for low income individuals) and the taxi ride to get back home.

I just don't understand WHY Americans can't accept public healthcare.
For whatever reason, the American public has been convinced-brainwashed, that anything public and communal is inherently inferior and second class.

Why insist on inefficient private-for-profit healthcare?

Supposedly, Americans have more "choices".
Well, I've got a friend in NH, who has fewer choices of doctors and treatment than I do.
And we're about $200,000 apart in terms of family income.
Considering her family income, education and social status, her healthcare in the US should bee at least twice-as-good as mine in Canada.
And it's not.
We've compared notes.
She's even crossed the border into Canada, and paid to see a private practitioner (out of pocket), because even the private medical clinics in Canada are cheaper than the ones in the US.

The United States subsidizes the cost of healthcare all around the world (especially pharmaceuticals). Without that cost (read: incentive), we wouldn't have newer drugs. If we followed Canada's system (where generics are available sooner), Canada would be worse off as well because they wouldn't have the US market paying for the development costs.