High IQ in Children Linked to Drug Use Later in Life 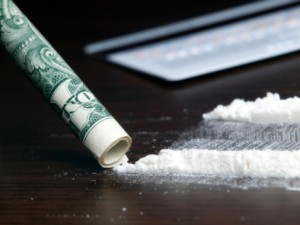 A new British study has found that people who scored well on IQ tests as children are more likely to be drug users as adults, especially women. Authors James White and G. David Batty published their study online in the Journal of Epidemiology and Community Health, and looked at data from almost 8,000 people over several decades to test what habits and qualities are tied to drug use.

Potential explanations are that intelligent people are open to new experiences, bored, or using drugs to cope with feeling different from their peers. Intelligence and drug use were linked independent of other factors like social class, household income, and other mental health problems.

Well high intelligence is often a precursor to one developing cynicism that destroys the happy illusion that most people live their lives in, revealing the world to be not much more than a big pile of dung. Drugs and alcohol help the highly intelligent re-experience this illusion so they can continue to interact with the rest of society.

Related to tolerance towards drug use in universities? I did not know anyone who took illicit drugs until I went to university, where quite a few people used them recreationally, and nobody seemed to be surprised or concerned about it.

More likely just a commentary on where you grew up. Drug use was rife where I was born, so moving to university meant hanging out with fewer stoners rather than more.

Could this be about how they are treated? The way they are made to stand apart from others their whole lives, perhaps even unrealistic expectations on the part of parents?
I knew a number of kids who went to "schools for the gifted" when I was a teenager - which I always found strange growing up in Switzerland where there was no such thing. In any case most of these kids went on to struggle with addiction or nervous breakdowns of some sort.

I agree with Rebecca's comment. A likely explanation that isn't mentioned is that kids who are perceived as "intelligent" or marked as such at an early age are often held to higher standards that they perhaps cannot live up to.

Alternatively, the notion that a certain child is special in this regard is reinforced constantly, both to the child himself and to his peers, educators, family members, and friends. This could lead to the child feeling entitled or even protected by his intelligence, and thus more likely to engage in risky behavior.

Nice to see another one of Adam Carolla's theories (that the brains of the very intelligent will eventually turn against their owners) confirmed.

Maybe it's just a budget constraint: High IQ people earn more money, and therefore can buy drugs more easily. Not sure if the authors of the study control for income at all...

You would be sure if you read the article:

"Intelligence and drug use were linked independent of other factors like social class, *household income*, and other mental health problems."

Define drug use. Is this experimentation or habitual? It makes a difference in analyzing/discussing results.

@Ricardo I agree with you that drug use needs to be defined. Is this simply smoking marijuana or is it the use of hard-core substances?

Listed in the methodology in the study abstract.

"measures of lifetime cannabis and cocaine use"
"cannabis, cocaine, amphetamine, ecstasy and polydrug use (more than three drugs) in the past 12 months"

They aren't distinguishing between recreational and addictive use. But from their results, it would seem they did run distinct correlations for the separate drugs and still found correlating effects. It appears to be across the board, not just smoking marijuana.

The pain of being intelligent...

This was really the most interesting part of the conclusion. "Associations were stronger in women than in men and were independent from psychological distress in adolescence and life-course socioeconomic position. " I would guess that it's not a coping mechanism from being "made to feel different. " Then it could be more of a trying to fit back in behavior, which isn't what is happening if intelligent kids are more likely to use.

I think it is more an awareness that "you" are different and will tend to be more at ease challenging status quo assumptions of appropriate behavior, rather than some kind of coping mechanism, it's an identity signal of your ability to use intellect to rebel. There are also studies linking intelligence (in adults) to other forms of "radical" social positioning (atheism, libertarianism, anarchism, etc). So adding this one is not terribly surprising. It's the stronger association in women that really clinches it for me. Social pressures for conformity, as well as attempted means of control to impose it, are a lot stronger on women in many Western societies (US in particular). Higher intelligence tends to be the foremost effective weapon in fighting back against such controls.

Not exactly news... the link between IQ and drug use is fairly well established.

And even mentioning the fact surprises and offends a remarkable number of parents of intellectually gifted children, who still believe that having a high IQ is an unalloyed good.

(You can see the same behavior among the newly rich: they think that million of dollars will bring them nothing but pure happiness.)

Part of the reason could be that more intelligent people are less likely to buy in to anti-drug propaganda. They're more independent minded.

Have you ever tried talking to a person of profoundly average intelligence about drugs? It can be frustrating!

Maybe drug use is part of the answer to the question:

"If your so smart why aren't you rich?'