Cockpit Confidential: How Difficult Was That Landing in Poland? 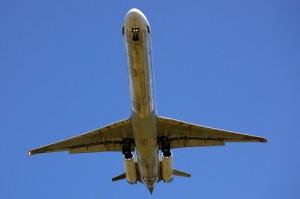 In the past, we’ve brought you the airline expertise of Captain Steve. Now, in a new feature we’re calling “Cockpit Confidential,” commercial airline pilot Patrick Smith writes about the hidden side of the airline industry. First up, Smith takes you behind the scenes of the recent belly-landing of a Polish Airlines 767, looking at what the media got wrong and what was likely going on inside the cockpit as the crew scrambled to deal with an almost unprecedented situation.

The following is adapted from two of the author’s articles that appeared recently on the website Salon.  They can be seen in their entirety here and here.

Cockpit Confidential: How Difficult Was that Landing in Poland?
By Patrick Smith

Last week, a LOT Polish Airlines Boeing 767 made a graceful touchdown at the airport in Warsaw. The problem was, the plane had no landing gear. All three of the jet’s gear assemblies failed to deploy, forcing a rarely seen belly landing. The million-dollar question is how in the world did all three landing gear units of a modern commercial airliner fail to come down? I wish I could tell you. I fly 767s for a living, and I’m as mystified as anybody else. The 767 has been in service for nearly thirty years; more than 900 have been built.  Nothing like this has happened before.

The plane has both a normal and alternate gear extension system. The normal system uses hydraulics, the alternate relies mainly on gravity, allowing the huge assemblies to more or less free-fall into place if need be. Even with failure of the center hydraulic system, the alternate extension system ought to have worked. The hydraulic failure also introduced problems with flap, slap, spoiler and stabilizer operations. One of the jet’s three autopilots would have been inoperative, along with a host of smaller complications. None of these things spells catastrophe by any stretch, but there was a lot to oversee and quite a long series of procedures and checklists to take care of, on top of everything else.

And that’s the thing: from the media’s perspective, almost all of the focus has been on the landing — the actual touchdown itself.  From the pilot’s point of view, this was probably the easiest part of the whole endeavor.

Touching down without landing gear isn’t a whole lot different from touching down with landing gear. For this reason — and contrary to what was reported on page one of last Wednesday’s Wall Street Journal — pilots do not receive formal, specific training in how to land without landing gear. There’s little technique involved, other than to meet the ground as slowly, smoothly, and with the wings as level possible — not terribly different from how it’s done any other day of the week. There would have been some complications during the approach – for instance, a slightly higher speed due to flap and slat complications – but nothing major. Hands-on talent has a role here, but not a big one.

Approach and landing speeds are themselves determined by weight and aren’t subjective. The jet would have been comparatively light at the time of its arrival, having burned away most of its fuel during the flight from Newark. Further dumping of fuel would have been impossible (despite widespread media reports to the contrary), as only the center tank of the 767 has jettison capability, and it would have been empty by this point. They circled to burn fuel, not to dump it.

And when the jet finally landed, what we saw unfold is about what I, for one, would have expected. This was substantially more difficult than, say, touching down without a nose gear, as we’ve seen happen a few times in the past. None of the gear was down, and the pilots would not have the opportunity to bleed off speed while balancing on the remaining tires. The likelihood of fire or serious structural damage was higher, as both of the plane’s massive engines would be sliding along the pavement at high speed. Directional control would also be more difficult — probably the most challenging aspect once they were on the runway.

Yet there were no casualties, and I’m not the least bit surprised by that. There was lots of smoke, some sparking and grinding and a burst of flame. But emergency crews had been standing by, and even had a fire erupted it would have been doused within seconds. I almost hate to say it, but landing gear malfunctions tend to be splendidly telegenic, but rarely are they going to end in disaster. I am sure that many of the LOT passengers were saying prayers and scribbling out goodbye messages to loved ones, but the possibility of anybody being killed was minimal.

We’re reminded of the grotesquely overhyped saga of JetBlue flight 292, an Airbus A320 that touched down in California with a twisted nose gear in 2005. This nonevent, which I wrote about here and here, became a days-long media spectacle.

But wait a minute, you’re thinking. What happened in Warsaw had to be more serious.  It had to be a challenge, and it had to require mettle.  Indeed, it did.  It was a difficult, perhaps a once-in-a-lifetime challenge for everybody involved.  Just not in the ways people think…

“This required great piloting skill,” Chesley Sullenberger told CNN in an interview on Wednesday. And with that, it’s easy to romanticize the pilot’s role here, envisioning the captain, square-jawed and scowling like Charlton Heston in Airport ’75, hands tight on the wheel, deftly guiding his jet to a crash landing to the amazement of everybody. The reality in Warsaw wasn’t quite the reality of Hollywood, or that of most people’s imaginations.

Skill means different things, and in this instance it refers not to the hands-on skill of flying, per se, so much as the skills of coordination, communication and effective management of a crisis.

Pilots aren’t trained in how to land a jet on its belly, strictly speaking, but they are specifically trained to deal with malfunctions, including landing gear and hydraulic malfunctions, and to handle and prepare for emergencies. What was truly different about this landing, and the key to its successful outcome, was the preparation that went into it.

Apparently the crew was aware of a h
ydraulics problem nearly from the outset of the flight. Almost right away, there were important decisions to make, beginning with the choice of continuing to Europe or turning back to Newark. The biggest risk would have been further failures or malfunctions requiring a diversion while over the ocean. They needed to have a firm understanding of what, exactly, was wrong with the aircraft and needed to be fully comfortable with the legal and practical aspects of continuing. This would involve, among other things, a careful look at the weather, winds and maintenance options at various diversion airports.

Notice I say “they” and not “the pilot,” as most of the media has been doing. There were at least three pilots in the cockpit who knew that plane inside and out (two is standard, but long-haul flights carry augmented crews). Airline dispatch and maintenance personnel would have been involved in these discussions as well, along with air traffic control.

The aircraft then circled overhead Warsaw providing ample time for the pilots to run their remaining checklists and brief the cabin crew and passengers on what to expect. The flight attendants, whose role in this should not be under-emphasized, would’ve stowed loose items and made sure everyone was as ready as possible for an evacuation on the runway — itself a hazardous operation.

In the end, this wasn’t about a landing. It was about managing and coordinating a difficult situation. It was about preparing for that landing. And all parties involved performed admirably.