The Downside of Living in a Need-to-Know World

I like keeping up with things, large and small, as much as the next person.

Or maybe I don’t. That’s what I’m trying to figure out.

As someone who’s done a lot of journalism, I certainly have an appetite for being first with a story. In fact, most of the journalism I’ve written was stuff that no one else was writing about. But there’s a big difference between looking off the beaten path and trying to land a scoop within a beat that 100 other journalists are covering. I was never much into that. I understand that news organizations value the scoop but I do question how valuable such scoops really are — especially these days, when the first-mover often gets drowned out by the 1,000 who follow. 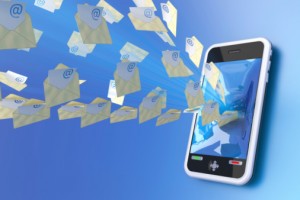 But lately I’ve been thinking about the information flow from the demand side rather than the supply side. It strikes me that so much of our current communication activity (whether internet- or phone-based, or whatever) is driven by an appetite to dispense and receive information as fast as humanly possible, regardless of how timely it may be. A co-worker texts to say the old boss you both hate has just been fired. Your buddy IM’s you about the latest non-development in the NBA lockout. Your mom calls with an urgent message: remember that old photo album we were all looking for? the one with the ski pictures? I just found it!

Personally, I don’t want to be on the receiving end of any of this breaking news. I don’t want my day, or my life, constantly besieged by what other people think are need-to-know-immediately events that, to me, are barely need-to-know at all. I don’t mean to sound like an unadulterated grouch (although, if the shoe fits …). I just find myself wondering, much as everything looks like a nail when you’re holding a hammer, if maybe every piece of information seems urgent when you’re holding a wonderful little computer in your hand that can broadcast to the world in a matter of moments.