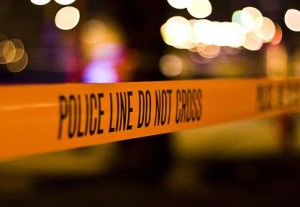 The field of forensics has grown by leaps and bounds over the past several years, so much so that decades-old crime cases can sometimes be solved with DNA testing and other modern technology. In an effort to increase case clearance rates (and catch bad guys long gone) police departments have slowly opened more ‘cold case’ units over the last 20 years; a phenomenon that has been documented and dramatized on TV.

In a new RAND paper, researchers Robert C. Davis, Carl Jensen, and Karin E. Kitchens set out to measure the effectiveness of cold case units by posing a simple question, though one that’s rarely asked of police work: What’s the return on investment? They write:

[D]espite the increasing number of cold-case units and the expenditure of significant resources to fund them, we know virtually nothing about the return on this investment. Does it make sense for law enforcement agencies to devote significant resources to solving cold cases, or are those resources better deployed in solving recent cases? How can agencies best organize and support cold-case work? What kinds of cold cases are most susceptible to being solved? What is the payoff to solving a cold case: Does solving a case always lead to arrest, prosecution, and conviction?

The researchers mailed out 5,000 surveys to police departments across the country, from which they got 1,050 responses. They found that only 20 percent of agencies have any sort of protocol for cold cases, and that on average, clearance rates for these cases are low, with only 1 in 5 turning up a “conclusively identified” suspect. However, clearing a case doesn’t always mean a successful prosecution – the prime suspect could be identified, but missing for any number of reasons. Therefore, only 1 in 20 cold cases resulted in an arrest, and 1 in 100 resulted in conviction. Shockingly, many departments had no idea how many of their own cold cases had been cleared or closed.

The majority of cold case departments (56 percent) are funded by grants or supplemental funds rather than directly from the police budget; the median cold case allocation is about $35,000. The consistent budgeting for these departments is also very much in question – only half of grant-funded units indicated that they could rely on a steady source of money. Compounding the scatter-shot finances is the lack of systematic policies for those departments to follow. The authors write: “Only 13 percent of agencies reported having specific policies on the types of cold cases or circumstances under which DNA samples are submitted for matching.”

Examining the cases themselves, the authors found different success rates based on different variables. Cases reopened due to family or media inquiries were the most expensive, and unsuccessful. Cases reopened because of available forensic testing were inexpensive and more successful, though they still had clearance rates below 50 percent. Cases reopened because of a confession or plea deal were obviously both inexpensive and the most successful. In all three scenarios, however, the perpetrator is often dead, in prison, or part of the plea bargain.

Beyond that, there are some strange circumstantial variables that contribute to a successfully solved cold case.

The researchers end with a call to conduct more analysis of cold cases as a whole, in particular on investigator time spent on cold cases versus newer ones, and whether prosecutor involvement leads to higher rates of conviction.  They conclude:

We were surprised at the lack of accountability in cold-case work. Specifically, there is little emphasis on convictions as a goal of cold-case investigations. If obtaining a conviction were the ultimate goal, then it would seem logical for cold-case investigators to work closely with prosecutors when screening cases so they could decide whether, if the case were to be solved, there would likely be a prosecutable case.