Is There a Rooftop Solar Bubble? And Is It About to Burst? 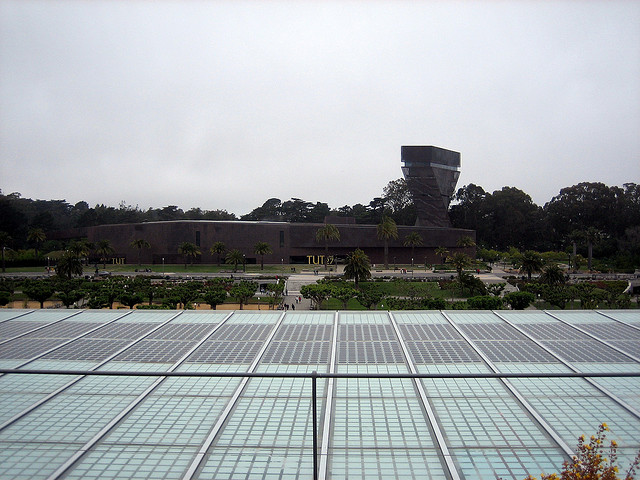 I’m talking, of course, about the market for rooftop solar, which has grown exponentially in recent years.

Most people are aware of the government subsidies that offset 30 percent or more of commercial and residential rooftop solar — more than $10,000 for a typical solar home in California. Less known is that those up-front savings, as big as they are, still aren’t enough to generate the double-digit investment returns that solar promoters promise. In fact, for residential solar panels to pay for themselves over their 20-25 year lifespan, households and businesses must receive a second, hidden subsidy for their solar electricity generation that is far too high to be justified by economic fundamentals, and that cannot be sustained in the long run. In California, some residential solar electricity fetches a price nearly four times its energy value.

Much as the recent housing boom was undone by the sudden stop of seemingly interminable home price appreciation; so, too, will the collapse of rooftop solar follow the fall of residential solar electricity prices to levels that can be justified by the value of energy and environmental benefits that residential generation provides.

This would make economic sense if the rates a utility charged its customers for electricity consumption were designed to cover the cost of electricity generation exclusively. But that’s not how it works. Instead, prevailing rates typically bundle charges to cover the costs of maintaining a reliable electric grid and other, regulator-imposed burdens, like energy efficiency investments. So solar customers get paid by the utility for supplying grid services that the utility, in fact, provides at considerable cost, and that they, in fact, consume.

What’s more, residential solar customers often rely on the electric grid more than non-generating customers. They use it as a virtual battery to store their solar electricity that is generated mostly during the day but demanded by the household mostly at night. If they offset their electricity imports from the grid at night with solar electricity exports to the grid during the day, then they pay nothing for the grid, instead shifting the costs to non-generating households generally of lesser means.

The cost shifting from the wealthy to the poor worsens as more people adopt solar technology. With fewer non-generating households across which to spread the fixed costs of the distribution network, electricity rates must rise, which means the subsidy paid for residential solar electricity grows larger.

Recognizing the unsustainability of a bundled rate structure, San Diego Gas and Electric, one of three investor-owned utilities in California, has petitioned state regulators to decouple charges for the network from charges for electricity consumption. With a revenue-neutral network-use charge, the utility proposes to assess a fee per unit of electricity transmitted across the grid either to import electricity from the grid, or export solar electricity to the grid. The network use charge would compel generating households to pay for the storage services they receive from the grid and would effectively lower the price at which the utility is obligated to buy solar electricity from its residential customers.

The utility’s request has gone largely unnoticed in the national press, even though it may mark the beginning of the end of the rooftop solar boom. The move is widely regarded by those in the utility’s greater-San Diego service area as fundamentally altering the economics of home solar installations, with one solar advocacy group claiming the average solar household’s bill would climb $347 per year.

Even with the proposed $0.05/kWh network use charge, residential generators would still receive a subsidy of $0.12/kWh, one and a half times the value of the electricity, according to the utility. And the cost of that subsidy would still be borne by non-generating households who are more likely to lack either the resources with which to purchase solar panels or the rooftops on which to install them.

Residential solar generation should be subsidized because it displaces generation from carbon-emitting sources. But even valuing carbon emission reductions generously at $100 per ton only justifies a $0.05/kWh subsidy for residential solar, not enough to generate a positive return even with the thousands of dollars of installation subsidies. (Distributed solar generation does not appreciably lower the costs of grid operations, adding only 1-2 percent of value to residential solar electricity, according to UC Berkeley energy economist Severin Borenstein). Regardless, the cost of those subsidies should be borne generally by taxpayers, not exclusively by those who don’t own solar homes.

Furthermore, as the high cost of storing energy generated by renewable systems remains one of the greatest challenges to their expansion, it is important that price signals drive investments in storage technologies. Under current rate structures that allow residential solar generators to export and import electricity for free, storage services on the grid are effectively priced at zero. As a consequence, the price signal that should be driving investments in new storage technologies is muted.

If others follow the lead of the utility in the sunniest part of the most solar-aggressive state in the country, then the euphoria over residential solar power may soon subside. But more rational investment in conservation technologies based on prices grounded in fundamental economics would ensue, and a perverse transfer of costs from rich to poor would cease.