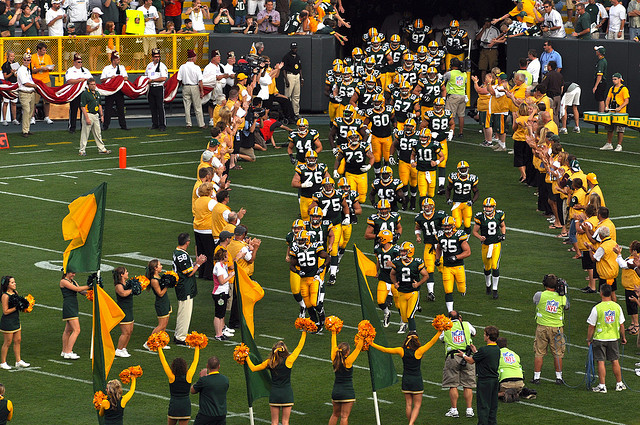 The following is a cross-post from NFL.com, where we’ve recently launched a Football Freakonomics Project.

The preliminaries are finally over. As we head into the first weekend of NFL playoffs, the conversation shifts. No longer are we talking about the long arc of the season – about working out the kinks, getting schemes in place, or jockeying for position. Now, with every game a do-or-die game,  we’re talking about which team is peaking at the right time. Because no matter how good (or bad) your record may be, the final summit is in sight and it’s time to turn on the juice.

In the latest installment of “Football Freakonomics” (see video below), we look at the art and science of peaking. What’s the best way to assess a team’s peak position?

Well, there are a million variables – the kind of arguments the nation is having on sports talk radio 24/7 at the moment – about momentum, injuries, matchups, weather, and so on. And a lot of those are relevant.

But we took a look at one metric that seems to do a good job of describing who’s peaking and who’s not. Kerry Byrne of ColdHardFootballFacts.com has identified what he believes is the best peaking indicator: Passer Rating Differential (PRD). It’s nothing more complicated than a team’s offensive passer rating minus its defensive passer rating, but it seems to do a pretty good job of capturing a team’s overall play and momentum.

Here, ranked in order of their season-ending PRD, are the 12 teams still in contention:

To me, Houston is the big surprise there. (What PRD doesn’t account for, however, is playoff experience, of which Houston has zero.) The most remarkable number of course is Denver’s negative 19.67 PRD.

As a Steelers fan, I am hardly comforted by Pittsburgh’s relatively robust 17.95 PRD. Even though the Steelers’ defense has been extraordinary, Rashard Mendenhall’s week 17 knee injury leaves the offense with a game-day running-back corps likely composed entirely of undrafted free agents: Isaac Redman, John Clay, and the newly signed Chad Spann. On the other hand, James Harrison was undrafted too, and that’s worked out pretty well.

If nothing else, this suggests an avenue for future research: overall team success in light of roster-wide draft positions. Just for kicks, here’s a look at one writer’s list of the top 25 undrafted players in NFL history.