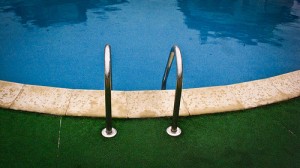 Our latest Freakonomics Radio on Marketplace podcast is called “The Season of Death.” The gist: Summertime brings far too many fatal accidents. But the numbers may surprise you.
(You can download/subscribe at iTunes, get the RSS feed, listen via the media player above, or read the transcript here.)
If you’re a longtime reader, you probably already have an idea of what we’re talking about. Human beings are, in general, quite bad at assessing risk. We tend to be scared of big, noisy, anomalous events – like shark attacks, which in an average year kill fewer than five people worldwide — while overlooking the seemingly quotidian reality of, say, drowning deaths (about 4,000 per year in the U.S. alone) and motorcycle fatalities (about 4,500 U.S. deaths annually). We have been exploring this idea since Freakonomics, where we asked whether a gun or a swimming pool is more “dangerous.”
In the podcast, we look into the death rate from four popular summertime activities: motorcycling, swimming, boating, and skydiving. Comparing such rates is rarely an apples-to-apples proposition but we do our best to sketch out the relative danger of each. You’ll hear from:

Along we way, we ran across an interesting wrinkle in the motorcycle data. Take a look at this table from a National Highway Traffic Safety Administration report and see if you spot something hinky:

First of all, look at the massive spike in registered vehicles — from 4.9 million in 2001 to 8.2 million in 2010. We were told this was due in part to heavy marketing to (and purchases by) aging baby boomers reconnecting with their easy riding youth. Maybe, but still, that’s a big increase.
Then look at how the fatality rate increases significantly from 2001 to 2006. That could certainly fit the aging-boomer story. But then, thankfully, the fatality rate absolutely plunges — from 40.14 per 100 million vehicle miles traveled (VMT) in 2006 to 24.18 in 2007.
What happened? Did all those aging boomers with sub-par eyesight and reflexes decide en masse to keep their bikes in the garage?
Apparently not. Look at how the motorcycle miles driven suddenly went through the roof that same year, from 12 billion in 2006 to 21.4 billion in 2007. Such a huge and sudden spike in miles driven can of course explain how death rate plummeted (even while the number of deaths rose by 337), but it also makes you wonder if these statistics are at all trustworthy.
Randa Samaha from the National Crash Analysis Center told us that motorcycle usage and crash data are widely understood to be imperfect. In recent years there have been adjustments in how those data are gathered, leading to radically different statistics. Consider this recent Transportation Research Board report: