How Should Alumni Think About Giving Back? 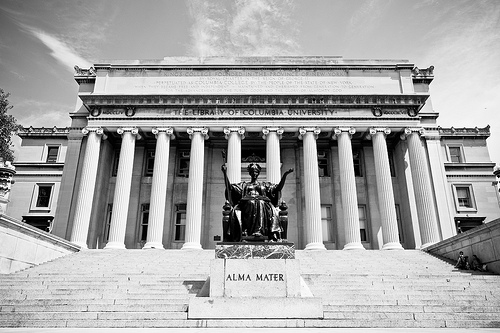 Antonia writes in with a conundrum:

As a graduate of three private schools (K-8, high school, and college), around this time of year I receive a slew of letters, emails, and phone calls asking me to pledge to various annual funds. I’ve always been told by my parents that I should support my former schools financially because alumni giving rates directly correlate to the prestige of any private institution. In other words, by giving even the minimum of $20, I’m ensuring the value of my diploma. Is this true?

Like many other recent graduates, I have a large amount of debt and not a large amount of income, so my budget only allows for very small donations, typically adding up to less than $100. I would rather give my money to a charity that truly needs it than to a school with a multimillion dollar endowment, but, with the amount that I have invested in my education, I want to make sure that my diploma remains valuable. I’m hesitant to believe that my choice to contribute to an annual fund and bump up the alumni giving statistics by a fraction of a percentage point is really that significant, but there’s also the issue of social capital. Since these schools all publish annual reports detailing who gave money, and how much, alumni and parents may see my name if it appears on the list, and this might make them consider me more favorably if I’m networking or asking them for a job. I might also gain more esteem from my peers.

So, to sum up: will giving to my alma mater’s annual fund benefit me more than donating that same small amount of money to a cause which I personally care about, such as Planned Parenthood or a local animal shelter?

I think Antonia has already answered her own question — yes, giving to her alma maters will likely benefit her more than giving to an animal shelter. But she plainly has a number of points worth considering: whether a small gift indeed affects the reputation of her school; whether her being listed as a giver is truly a benefit to her (or if, instead, being listed as a very small giver might actually backfire); whether even a small gift ensures her future offspring a better chance to go to the school; etc., etc., etc.

So let’s open up the comments here and let Antonia know what you think, and how you approach this same dilemma.