Levitt Is Ready for the Senior Tour 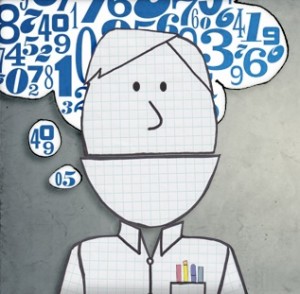 Steve Levitt has made no secret of his desire to become a good-enough golfer to someday play the Champions Tour, for players 50 and older.

After watching his amazing performance last week, I now believe Levitt does stand a chance of landing on a senior professional tour. But not in golf.

I was out in Chicago for a couple of days to work with Levitt. After a long day, we went out for dinner at a place called Seven Ten. It has food, beer, and bowling alleys — just a couple of them and nothing fancy. Old-school bowling.

After the meal, I tried to get Levitt to bowl a game or two. He wasn’t interested. Said he was worried about hurting his golf swing. (Puh-leeze.) He said he’d watch me bowl. I can’t think of anything less fun than bowling alone except having someone sit and watch you bowl alone. So I lied and told him that bowling would probably be good for his golf swing — the heavy ball could loosen up his joints, yada-yada, etc.

He finally agreed when I suggested the loser pay for dinner.

He somehow found a 10-pound ball that fit his fingers and in his first practice frame he rolled it as if it were a duckpin ball. It missed everything. I was feeling pretty good about the bet. Out of friendship, I suggested he try a heavier ball. He moved up to a 12-pounder. And then he proceeded to bowl a 158, which he told me was about 30 pins above his average. He won.

There was nothing impressive about his form: even though he’s a righty, he delivered from left to right and he put no movement on the ball. But he knocked the pins down.

So of course I suggested we bowl a second game. He said he wasn’t interested but, again, he came around.

He opened with a spare and then a turkey — three strikes in a row. Amazing! Then two open frames. His luck had seemingly run out. But it hadn’t: he now rolled four more consecutive strikes. It is hard to describe how unlikely this seemed, and was. He wound up with a 222. A 222! I took bowling as a P.E. requirement in college, and my career high is only 184.

When we got back to his house, Levitt looked up the current top PBA bowlers: a 222 average would put you firmly in the top 20. And he bowled his 222 cross-lane, with a 12-pound ball, after a big dinner, a beer, and a day of work.

My best explanation is that Levitt’s maniacal devotion to golf, especially his thousands of hours of short-game practice, may have unwittingly turned him into a bowling dynamo. Either that, or he was lying about his existing average and he simply sandbagged me into buying dinner.

In either case, it was a pretty impressive feat. Unfortunately, his appearance on the PBA’s Senior Tour is unlikely: wanting to go out on top, he has vowed never to bowl again.