The Politics of Political Prediction Markets 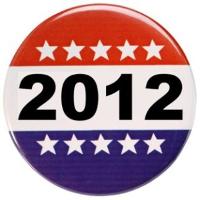 For years, I have argued that the best way to track what really matters through election season is to follow the political prediction markets. The one difficulty is that these markets aren’t really available to the general public.  Sure, the University of Iowa runs a market, but because it’s for research purposes, the maximum bet is set at only $500. And while I track InTrade closely, they’re based in Ireland, and are frowned upon by American regulators. Likewise, Betfair won’t deal with American customers.  But all that may be about to change.

The North American Derivatives Exchange has proposed to run political prediction markets in the U.S. which would be regulated by the Commodities and Futures Trading Commission.  But first, they have to convince the commission that these markets serve a useful purpose. Eric Zitzewitz has put together a short comment letter which makes the case:

We are academic researchers who study prediction markets.  We are writing in favor of allowing NADEX, or a similar entity, to offer a broad range of political and policy event futures, including the three they are currently proposing.

There are four broad reasons for our support:

One might be concerned with two forms of manipulation:  outcome and price manipulation.  Many individuals have already large stakes in election outcomes; for example, a top executive in a public company will have will have a significant exposure via their equity holdings, as well as through any impact of the election on policies such as tax rates.  Many individuals also have substantial exposure to election outcomes via their careers.  Given the position limits proposed by NADEX, the market is likely to make at most a small contribution towards the number of individuals with meaningful stakes in election outcomes.  One might be concerned with trading by those involved in supervising elections, and it might be reasonable for policy to prohibit trading by those individuals.

To summarize, we view markets in securities contingent on economically-relevant events as an innovation that generate positive externalities (by aggregating information) as well as benefits to participants.  Innovations with positive externalities should be encouraged by policy makers, not limited.  If the Commission has questions about any of the statements made or research mentioned in this letter, it should feel free to contact any of the undersigned.

Convinced?  Let’s hope the CFTC is.  I’m convinced enough to have added my signature to the letter.  If you’re a fellow academic with relevant expertise and want to sign on to this letter, please touch base with Eric.  But do so quickly — we’ve got to get this submitted by Friday.