For a singularly grim, if fiercely literary, assessment of the earth’s environmental fate, the grizzled wisdom of Cormac McCarthy is always there to deliver the dark pronouncement that we’re flat-out doomed. “The way of the world is to bloom and to flower and die,” explains the judge in McCarthy’s masterpiece, Blood Meridian. “[B]ut in the affairs of men there is no waning and the noon of his expression signals the onset of night.” Darkness, in essence, will fall at the very moment when we think we’re out-of-our-mind brilliant. 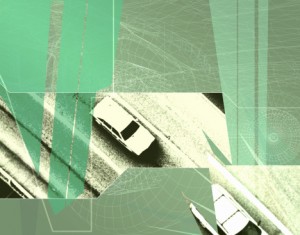 Brilliance in conventional environmentalism has thus far been embodied by the caricature of hybrid-driving solar evangelists with soft spots for local farms, grass-fed beef, and re-useable shopping bags adorned with inscriptions of ecological virtue. Such popular solutions to our environmental quandary come not only with the eager endorsement of a progressive political establishment, but with the added appeal of basic pragmatism. Drive a more fuel-efficient car, eat locally, seek energy-efficient light fixtures, and vote “yes!” for public transit initiatives — such ideas simply make sense. And thus they’ve become the nuts-and-bolts of modern environmentalism.

David Owen sees the matter differently. In his incisive and doggedly counter-intuitive new book, The Conundrum: How Scientific Innovation, Increased Efficiency, and Good Intentions Can Make Our Energy and Climate Problems Worse

, Owen gently dismantles the foundation of standard environmental behavior with a series of succinctly turned arguments that, in addition to being presented with considerable wit and self-deprecation, lead us to the conclusion that ecological salvation will ultimately be found in tightly packed cities where mobility is minimized, living space is constrained, and the myriad gadgetry designed to reduce the individual carbon footprint is rendered obsolete by sheer virtue of human density. In essence, the opposite of the way Americans typically live.

The original ecological sin of ceaseless suburban sprawl is hard to shake. It means that, as Owen writes, “when we do attempt to do the right thing we often choose plans that make the underlying problems worse.” Take initiatives to build mass-transit systems as a helpful response to a city’s chronic traffic jams. Not necessarily a bad idea, Owen notes. But here’s the catch: such systems backfire “if the new trains and buses merely clear space on highway lanes for those who would prefer to drive — a group that, historically, has included almost everyone with access to a car.” If mass transit is going to work in places such as Austin or Portland, it “has to be backed up by something that impels complementary reductions in-car use–say, the physical elimination of traffic lanes, or the conversion of existing roadways into bike or bus lanes, ideally with higher fuel taxes, parking fees, and tolls.” Can you imagine any public official advocating such measures in a meaningful way? Hence the conundrum.

Owen’s critique resonates far beyond the United States. Driven by the premise that “new power demand in any form begets new power demand in every form,” his concerns are equally relevant for the developing world — places that, swept up in the vortex of globalization, will gradually witness millions move toward western-styled consumption and, in turn, western-styled rates of energy usage. 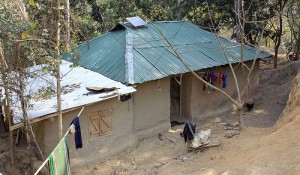 A roof solar panel, in a tribal village in Bangladesh. (Photo: Magalie L'Abbé)

It’s in this context that Owen’s take on solar energy in Bangladesh is especially interesting. He freely acknowledges the “desirable results” produced by an increased living standard for underprivileged Bangladesh citizens with access to solar power. At the same time, he forthrightly observes how “increased income inevitably means increased consumption and increased consumption means increased energy use in all forms.” Owen quotes Ethan Goffman, who asks, “As these clean energy sources come online, won’t a world of voraciously expanding consumption be tempted to use even more energy, continuing to tap fossil fuels to their maximum along with the new sources?” The escape hatch to this bind, according to Owen, is “larger reductions in consumption by the world’s more fortunate citizens.”  If the prospect of the global elite reducing consumption so that traditionally impoverished peoples can expand their previously pre-industrial endeavors sounds unrealistic, well, you’ve further appreciated the depth of Owen’s conundrum.

Whether at home or abroad, the fact remains that more and more of us are developing an environmental ethic around the idea that “consumption itself has environmental value if the energy using devices it depends upon are ‘green.’” It’s been deemed “the Prius Fallacy.”  According to Owen, the fallacy leads to “rebound creep,” thereby resulting in the very opposite of what the technology was billed to accomplish in the first place: reduce energy usage. Rebound creep could happen with a Prius in any number of ways: you might use the money you’ve saved on gas to buy a ticket to the opera, located in another city; you might draw upon the virtue you’ve banked by purchasing a Prius to justify not riding your bike to Whole Foods when it rains; you might decide to drive to the gym during rush hour because Terry Gross is on, and your Prius is a quiet place to sit and be left alone. No matter the scenario, the end result is that the supposedly ameliorative form of consumption — the hybrid — leads not to greater efficiency, but to easier, more comfortable, and greater rates of energy usage.

In one way or another, Owen’s arguments (he also touches on water usage, lighting, wind energy, building codes, among other issues) are rooted in the work of a nineteenth-century economist named William Stanley Jevons. Jevons set the world on fire with the claim that (italics his) “It is wholly a confusion of ideas to suppose that the economical use of fuel is equivalent to a diminished consumption. The very contrary is true.” Jevons’s critics were legion then, and the arguments they advanced apply equally well to The Conundrum now. As Amory Lovins wrote in response to Owen’s 2010 New Yorker piece on Jevons’s paradox: “Rebound effects are small for three reasons: no matter how efficient your house or washing machine becomes, you won’t heat your house to sauna temperatures, or rewash clean clothes; [and] you can’t find an efficient appliance’s savings in your un-itemized electric bill.”

All good points. But the real value of Owen’s book lies not in a nit-picking debate about the legitimacy of J
evons’ thesis — interesting as that might be — but rather in reminding environmentally conscientious consumers how easily virtuous intentions can be trumped by negative and unexpected outcomes.