Contraception and the Gender Wage Gap 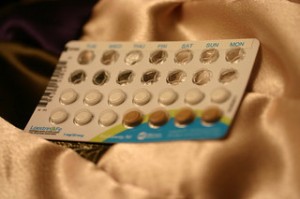 The male-female wage gap narrowed considerably during the 1980s and 1990s, thanks to increased educational attainment among women and an influx of women into high-earning fields.  Factors such as the Women’s Movement and the 1964 Civil Rights Act are often cited as the drivers of this shift, but economists are also narrowing in on another influence: the Pill. Economists have linked the Pill to “delays in marriage (among college goers) and motherhood, changes in selection into motherhood, increased educational attainment, labor-force participation, and occupational upgrading among college graduates.”  Now, a new working paper (ungated version) by Martha J. Bailey, Brad Hershbein, and Amalia R. Miller examines the effect of the Pill on the male-female wage gap.  From the paper:

[O]ur main results show that early access to the Pill lowered women’s wages in their early twenties (corresponding to the 1970s) but raised their wages in their thirties and forties (corresponding to the 1980s and 1990s). By their late forties, women with early access to the Pill earned a statistically-significant hourly premium of 8 percent—enough to account for between a third and half of the total hourly wage gains for these cohorts over their peers born a decade earlier. Consistent with the well-known relationship of women’s wage growth to cumulative labor-force experience, our decomposition indicates that almost two-thirds of the Pill-induced wage premium at the mean is explained through its effect on women’s labor-force experience. Another third of the premium is due to changes in educational attainment and occupational choice.

Interestingly, the authors found that the effects of the pill were strongest for “women in the middle of the IQ distribution and with some college.”