Who Will Win the Most Medals in the 2012 Summer Olympics? 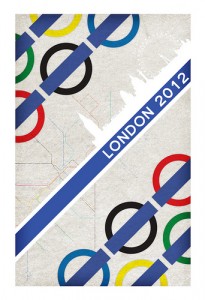 Dan Johnson, an economist at Colorado College, has been predicting Olympic medal counts for years with a model that uses metrics like population count, income per capita, and home-country advantage. In the past six Olympics, his model has a correlation of 93 percent between predictions and actual medal counts, and 85 percent for gold medals.

For the Games in London this summer, Johnson predicts that the U.S. Will be the top medal winner, followed by China, Russia, then Britain — the same order they finished in the 2008 Beijing Olympics. Of course, no one wants to hear that their country won’t be at the top of the podium. But Johnson explains in a press release why such a projection might be helpful, and also why you should cheer for the underdog:

We all have expectations about how our own nation, or other nations, will perform so we attempt to quantify those  expectations, so that each nation can celebrate victory if they exceed the model’s predictions. For a small nation, winning three medals is an amazing accomplishment. For the U.S. or Germany or Russia, it’s appropriate to expect a lot more. “How much more?” That’s where the model comes in.

The Olympics are a celebration of the exceptional, and the fact that an economic model can predict medal counts so accurately simply points to the fact that there are underlying patterns that favor certain nations over others. I watch for excellence, wherever it occurs, and I cheer most loudly where it is unpredicted.