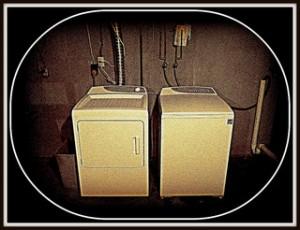 In the last minutes before we depart to the airport, our clothesdryer breaks down, potentially leaving our housesitter high but not dry.  Murphy’s Law states: “Anything that can go wrong will go wrong.” This well-known aphorism ignores the crucial fact that things go wrong at different times, and that the opportunity cost of our time varies.  I don’t mind if things break down when I have time to worry about and solve the problem.  But that doesn’t happen.

So I suggest Hamermesh’s Corollary to Murphy’s Law:

“And it will do so when the breakdown is most disruptive and most costly.”

In economic terms, the timing of the breakdown will make the economic cost of remedying it as high as it could possibly be.