How Does It Feel to Get Booed? 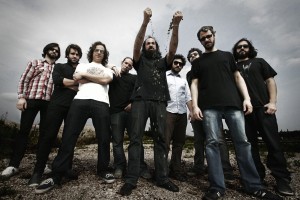 If you remember our podcast “Boo…Who?” (which was included in the hour-long special “Show and Yell“), you’ll know we love the topic of booing. David Herman, our sound engineer at Freakonomics Radio, experienced some first-hand booing last week. He wrote it up as a guest post:

How Does It Feel to Get Booed?

Last weekend, I visited the Bell House in Brooklyn to hear the Budos Band, an afrobeat-inspired 10-piece instrumental group from Staten Island.  According to the venue’s online ticket page, the show was slated to start at 9:00 PM. But 9:00 came and went, and then 10:00… 10:30… Granted, I’ve come to accept that no band will ever go on less than 30 minutes late, but this seemed to be pushing the bounds of good taste.

At about 10:45, the band made its way onstage from the wings. The (sold-out) house was packed with around 300 people, each of whom had paid $15 plus drinks. So as soon as the group got into position, almost two hours late, what happened?

I’m not talking about just one or two drunk hecklers in the back. The whole crowd let loose a mighty, drawn-out boo. Even three fan girls in front of me (and about two feet from the stage) started screaming “APOLOGIZE!” (they left in protest halfway into the first song). I should make it known that I, too, got caught up with the crowd and lent my voice to the boo, albeit with a smile on my face.

So what went wrong? I spoke with Jared Tankel, baritone sax player and “I guess de facto band leader” of the Budos Band, who told me the reasons behind the late start were pretty pedestrian – a series of miscommunications between label, venue, and band. But of course, no one in the crowd knew that. They were just sick of standing around waiting for the band to show up.

Budos powered through the boo and into their set, and before the first tune had finished the crowd seemed to be firmly back on their side and having a great time. Later, during some between-song banter, Tankel quipped to the audience, “I heard you guys were a little early.”

According to Tankel, that was the first time Budos had ever been booed onstage. It turns out that for a band like Budos, who take on the collective stage persona of a rowdy gang of misfits, booing can work in one’s favor:

JT: We’re very much into the crowd being there with us, and going crazy, and swearing, and inciting some amount of chaos. So in that way the booing almost fueled the fire and we would never want the crowd to be polite because they felt like they owed us some amount of respect because we’re the band.

And not only can the boo be a positive, but Tankel says that the boo – the in-your-face, direct democracy, vote-with-your-voice boo – when seen as a critique of the band’s performance (or lack thereof), is actually less impactful than, say, reading nasty things about oneself on the internet:

JT: I have read a few negative fan reviews. Not so much reviews reviews, but, you know, fans posting on message boards. And yeah, I’ve seen a few of those here and there. I think those have a longer-lasting impression than a boo at a show. I guess maybe what it means is that somebody has internalized their negative experience more. More than an initial booing in the heat of the moment. I don’t think that it’s necessarily more valid. So maybe that’s where I can not necessarily show my support for the rampant internet message board usage, but at least it’s a more internalized experience because they’ve been stewing about it and really thinking about it and maybe they’re really bothered about it.

DH: So the heat of the moment sort of gives someone a pass to express themselves freely, even if that expression is really negative, it becomes almost less impactful because it’s so off-the-cuff.

JT: Yeah. And if people were still booing by the end I might be singing a different tune.