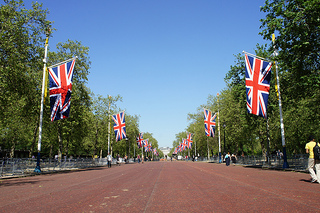 True. However, this post could have been longer, with more examples, numbers, arguments...

I always appreciate that Hamermesh's posts are short and to the point.

The US has more public Holidays than us in the UK, but it's true, you do need to lighten up on that annual leave! 4 weeks is minimum, most people get five. The Europeans have got this one right! Life is too short to be at the office all the time.

Isn't there a false equivalency though between choosing one over the other? You need vacation time in order to recharge and work harder while actually at work. Isn't there a point where having a certain amounts of holidays maximizes your per person GDP?

Yes, but the point on the curve representing maximum output is likely at a much lower level of time off than the point that maximizes well-being.

"Perhaps, but workers often make up for lost output when they return from holiday."

You don't work with many Englishmen, do you? The one good thing that comes out of their perpetual weekly banking holidays is that that's one less day their North American colleagues have to fix their crap. Or two, as is the case of Easter and the Diamond Jubilee nonsense.

It is no wonder that Italy is the 3rd largest economy in Europe.

Italy is not the 3rd largest economy in Europe. Germany, France and the UK are larger. Despite your criticism of their work, the UK now ranks above France in many of the GDP tables. ( http://www.cia.gov/library/publications/the-world-factbook/rankorder/2001rank.html )

Sir,
If you think for a moment the American worker who takes 2 weeks or less has the production equivalent of a european who takes 8 weeks or more you are truly deluded. Only in academic circles. Step out of your ivory tower and learn how the REAL economy works. Workers who aren't excessive in their entitlements keep costs down, making more products & services more affordable for more people. If the author had experience outside of left leaning academia he might could (bad grammar intentional) appreciate this.

You seem to be right (http://www.bls.gov/ilc/intl_gdp_capita_gdp_hour.htm#chart06), but what's with the attitude?

Having to choose from the two, I'd have 15% discounted from my salary to have 300% more days off with my family and friends (and traveling) any time.

I'm sure you could negotiate that from your employer.

the converse holds for us election day- it should be on a non-working/weekend day- the only reason to have a voting day on a workday is to dissuade citizens from voting, and we know that can't be the... o waiddaminute

The problem is that the standard American idea of "vacation" - packing up to drive or fly to some distant destination for a week or two - is usually a lot more work than working is.

Compare to Stevenson's and Wolfer's claim that GDP per capita and self-reported happiness are "as correlated as anything gets."

In that case, maybe Europe would be happier with fewer vacation days.

This is a thought that occurs to me every so often, when I get held up by what strikes me as unreasonable time-wasting (like everybody taking their time to watch the police chase O.J. Simpson on TV) or other delays.

For example, gawkers at traffic accidents, who slow down to maneuver through the one open lane, and yet still crane their necks to take in as much of the scene as possible (nowadays to snap a photo, if possible), before speeding up out of the bottleneck. There is some formula for how many miles and minutes of delay, based on the minutes it takes to clear the roadway. This doesn't bother me so much as I can usually survey what is going on and make a mental adjustment for how long I will be held up in my travels.

But, early one summer morning, just at the start of rush hour, there was a man who threatened to jump off a bridge on the interstate highway. The police came and stopped traffic completely on the bridge and started negotiations with him. The process took several hours (until mid-day) and traffic was backed up for miles, with hundreds of cars stuck on the interstate unable to exit, and thousands of other commuters severely delayed, many finally giving up and calling the day a loss. I was one of them, and as I sat in my car waiting, I got to calculating the value of lost productivity (people x hours x average wage), jobs put on hold because of backups in delivery times, not to mention the waste of all those idle vehicles running their air conditioners.

I had to ask myself, "Okay, I understand the police are acting in a way that minimizes endangering anybody else, they've contained the situation, and they are taking a humane interest in this poor soul, trying their best to prevent him from committing suicide, but does anybody recognize the cost to society?"

Economists frequently come up with values for a human life (like what is the market value of the elements composing a human body), and others feel that they're being creepy or inhuman. However, if the police department had to pay everyone back for the lost productivity incurred by their actions, it would wipe out their budget for years to come. Why didn't the police just shoot him with a taser and haul him away and let everyone else get back to work? It would have saved millions of dollars.

How does one resolve this moral/economic dilemma?

Assume that the police didn't taze him because he was hanging outside the bridge railing and would have fallen to certain death, and for the same reason could not have rushed him. Assume also, for whatever reason, they could not set up anything beneath him to break his fall. Then, what your question boils down to is why didn't they just let him commit suicide?

As to why they held up traffic, presumably it was for safety reasons, though as we well know, safety procedures frequently are overblown.

Nevertheless, it looks like the police were caught between a rock and a hard place---a no-win situation. They couldn't win for losing, other than talking the guy down.

The harder ethical question that you might really be asking is "is the value that 'society' places on stopping a potential suicide like this one, worth the cost?" And to rephrase it as Hamermesh might, "was utility maximized for 'society' in this case?" or "was net happiness of everyone not diminished, but rather increased in this case?"

If the only disturbing part was media commenting on workers getting time off, this might well have been the most successful celebration in history!

Our overall productivity would be greatly enhanced if all those unemployed people lounging around the beaches and homeless shelters would just go get jobs and start producing something.

It wouldn't have to be anything anyone needs; GDP doesn't care if you are producing food for the table or a new frilly for Facebook pages.

They need to stop screwing around and get to work. It's those two-year vacations that are killing us, never mind the two-week versus eight-week controversy.

Now I know that some people will say they're not going to do any work unless someone pays them. That's a short-sighted policy of personal uninvolvement that only contributes to the general malaise.

Line up; sign up! Get to work and do something productive. We'll all benefit! Including you, but mostly the rest of us.

"Perhaps if the U.S. emulated the U.K. (and Europe generally), and we took longer vacations and had more public holidays, our country would be better off . . ."

You're kidding, right? Have you seen what's happening in Europe lately? Do you have a death wish for US too?

The thought of celebrating ANYTHING the Queen and King are associated with makes me apoplectic. Why should the British pay for such malarkey? My grandmother would slap your face for bowing to monarchs...and curse you in Finnish so that even the dogs and cats would run away and hide.

But my grandmother was Finnish. So maybe it's genetic; The Finns NEVER had a King or Queen....