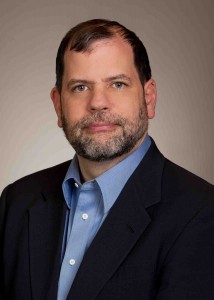 We recently solicited your food questions for economist Tyler Cowen, whose latest book is An Economist Gets Lunch: New Rules for Everyday Foodies

. (He also blogs at Marginal Revolution and at Tyler Cowen’s Ethnic Dining Guide.) That book was the jumping-off point for our recent podcasts “You Eat What You Are” Parts 1 and 2.

Below are the answers to some of your questions. Cowen talks about food subsidies, the Malthusian trap, “ethnic” food, the meal he’d like to share with Murray Rothbard and Ludwig von Mises. Thanks to all for participating.

Q. Any advice on choosing the best food when eating at a college cafeteria? – Philip Mulder

A. That is a good time to start your diet. Otherwise, look for items which can sit and stew for a long time.  Indian food works okay in such contexts, as do stews, as the name would suggest.  Stay away from anything requiring flash frying or immediate, short-term contact with heat.  The vegetables won’t be great, but often they are not great (in the U.S.) anyway, so now is the time to fill up on them!  The opportunity cost of eating the bad-tasting but nutritious food is especially low in these circumstances.

Q. I can’t imagine ordinary people who aren’t recent immigrants, or crunchy granola types, or hippies living in the middle of nowhere, living on beans and rice when there are fast food places all around us. Bacon cheeseburger and small fries off the value menu? Or a bowl of rice and beans at mom’s kitchen table? –anon

A. The rice and beans tastes much better, especially if you puree ancho chiles into the mix, or put a little bacon on top, or best yet both.  It is also cheaper than McDonald’s.  It is better for you.  More people should give it a try.

Q. I just read The American Way of Eating: Undercover at WalMart, Applebee’s, Farm Fields and the Dinner Table

by Tracie McMillan, investigating how food gets handled and how it gets distributed. She worked with Mexicans in the fields picking tomatoes and peaches. She was paid about $20 a day. All that backbreaking labor in the hot fields, and you get about enough for you and a friend to get a tall-whatever and a cookie at Starbucks. –Lassie

A. And yet a lot of those Mexicans still are able to send remittances back home. We should marvel at their fortitude.  By no means are all of those individuals totally miserable and in fact back home it is common that they earn $1 or $2 a day and can never send their children to the doctor.  They consider it a privilege to have a chance to work in the United States at higher paying jobs.

Furthermore, I should add that $20 a day is quite a low estimate.  The going rate for illegal immigrants these days — depending on the region — is often $10 an hour or more.

Q. The book discusses how easy it was to incorporate vegetables into a meal after shopping at the Asian market. Further, in the podcast at EconTalk you discuss how much more enjoyable vegetables are when properly spiced (or served with spicy food). Assuming the two are related, what Asian spices is he using to make the vegetables something to look forward to? I’m really trying here, but when I’m eating a meal I still can’t bring myself to say that the best part is the bok choy, and not the steak. –Lindsay

A. The bok choy doesn’t have to be the best part of the meal and indeed it isn’t.  It only has to be good enough to eat!  If you try to eat dumplings, with soy sauce and chili oil, the meal tastes much better with some greens. I would say greens are virtually essential for such a meal and many Chinese would agree.  So the whole package here still ties together.  Not every part of a meal can be the best part.

Q. While you say on your food blog that “all food is ethnic food,” what is your stance on authenticity? Does it exist? Does it matter? What’s your take about David Thompson’s or Andy Ricker’s Thai food? Or what about Jose Andres opening restaurants of various types? Lastly, what’s your take on a Chinese restaurant where the vast majority of the clientele isn’t Chinese? (could substitute Chinese for any other traditionally considered ethnic cuisines like Thai/Mexican/Vietnamese/Indian/etc). –Danny

A. No cuisine is truly authentic.  Look at Italian food — tomatoes come from the New World and the chilies of the Asian cuisines also had to cross the ocean.

I just ate in David Thompson‘s London Thai place (Nahm) two weeks ago and I thought it was first-rate.  He does not have a Thai grandmother, so in some ways it is easier for him to pick and choose the best from many Thai traditions.  The ongoing evolution of a cuisine is in itself part of that cuisine’s authenticity.  Note, by the way, that most of the French food eaten in the United States is cooked by Mexicans and other Latinos, even if they are not the head chefs.

A Jose Andres restaurant is typically excellent at first, and then they evolve in varying ways, depending on who is in charge.  I loved his Mexican and Chinese place in Las Vegas, namely China Poblano.  I always like the conceptions behind his places, although over time the execution at some holds up better than at others.  In any case they are worth visiting at least once.

Q. Let’s say the ~$20B in U.S. subsidies for corn wheat, rice, soybeans, dairy, etc. are gradually dialed down to $0 in the next 10 years. What do you think the impact on food would be ? Would prices rise? Would flavor and health improve?

A. Eliminating agricultural subsidies would improve the federal budget and the long-term f
iscal outlook.  There is no reason not to do it.

That said, sometimes foodies overemphasize how much those subsidies skew the world of food.  Many of the bad sides of our corporate food world would still remain, or be virtually as prominent, though only customers would have to pay for them. We will still have too much corn syrup in our diets, and too many fruits and vegetables without much real taste and too much processed food.

Q. I have spoken to several economists and biologists about the Malthusian trap. Economists don’t take Malthus seriously because of technological progress, and biologists (at least the ones I spoke to) think that economists are delusional about technological progress and that the Malthusian trap can come back and haunt us unpredictably, even though the past 100 odd years are evidence against it.

A. England and the Netherlands started living outside of the Malthusian trap since the early part of the 17th century.  That is more than one hundred years of evidence against Malthus.

Eventually the world will end, and somewhere along the line wages and living standards will be quite low.  But until that happens, Malthus isn’t a very useful guide to food and living standards.  As late as the 1970s, commentators thought Malthus would apply to the developing world and we would be faced with mass starvation of billions.  The Green Revolution came and that didn’t happen.  China and India reformed.  Most likely further improvements are on the way.  The real problem is bad institutions, such as are found in North Korea, so our worst enemy is ourselves, not some oppressive force of population multiplication.

A. Rothbard was quite a conservative eater, but he loved the Bavarian culture of the Baroque.  Mises grew up in the Austro-Hungarian Empire.  So I suggest that we would all sit down and have a Wiener Schnitzel together.

"That is more than one hundred years of evidence against Malthus."

Which always reminds me of the story about the guy who jumped off the Empire State Building, providing 100 floors of evidence that it was a perfectly safe thing to do.

Pity about that 102nd floor, really.

"I can’t imagine ordinary people...living on beans and rice when there are fast food places all around us."

I couldn't have either until I lived in Brazil for a year during high school. When I came back to the US, I longed for the rice and beans. I tried making it, but it never turned out correctly.

When I returned to Brazil a few years later one of the first thinks I did was buy a pressure cooker and ask every old lady I met how she made beans.

Now I can make delicious rice and beans and my kids love them.

Beans from a can are certainly no match for a fast food meal, but with the right seasonings and cooking method (and a fried egg and some greens on the side!) they are extremely competitive.

I don't have an exact recipe I follow, so you may need to experiment a little bit.

I usually use dried pinto beans.

Put the amount of beans you want in the pressure cooker, fill it with water so that the water is twice as high as the beans.

If it's the main dish of the meal (or if I want more flavor) I will also add one or more of:
2-3 brats or other sausage
1/2 lb of bacon
Pork chops
ground beef
Chicken ( doesn't add very much flavor)

Pressure cook for 35-40 minutes, then cool the pressure cooker under running cold water. At this point the beans should be firm, but edible.

If there's not much water left, add enough so that it doesn't cook dry.
Add salt to taste.
Crush a few spoonfulls of beans against the side to help the liquid thicken up.

Simmer for 10-20 minutes until the desired consistency is reached and the liquid has thickened.