Michael Jordan, the Bobcats, and Running the Lottery Treadmill 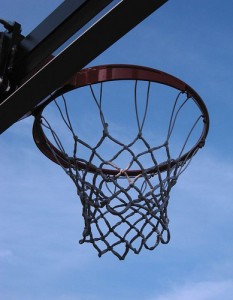 The Charlotte Bobcats came into existence in 2004.  At the conclusion of the next five seasons, the Bobcats finished out of the playoffs and hence earned a trip to the NBA’s lottery.

After all of these lottery picks, the Bobcats finally made the playoffs in 2010.  That Bobcat team – the best in franchise history – only won 44 games and failed to win a playoff game.  Nevertheless, this squad was the highlight in the brief history of this team.

Two short years after this epic campaign (epic by Bobcat standards), Charlotte has posted the worst season in franchise history.  In fact, with a winning percentage of only 0.106, the 2011-12 Bobcats were the worst team in NBA history.

If we look at what happened to Charlotte’s roster, it is easy to see why this team became so bad so quickly.  Back in 2009-10 the Bobcats were led by the following players (Wins Produced numbers taken from theNBAGeek.com, explanation of Wins Produced offered here): Gerald Wallace, Raymond Felton, Boris Diaw, Stephen Jackson, Nazr Mohammed, and Tyson Chandler.

Rather than build upon the meager success of these six players, Michael Jordan – who began calling the shots in Charlotte in June of 2006 (and is now the owner) – decided that one year without a lottery selection was enough.  And to get back to the lottery, these six players were sent elsewhere. And in return, the Bobcats received the following players (transaction details here): Matt Carroll, Erick Dampier, Eduardo Najera, Dante Cunningham, Sean Marks, Joel Przybilla, Morris Peterson, D.J. White, Corey Maggette and Bismack Biyombo.

In 2011-12, Dampier, Cunningham, Marks, Przybilla, and Peterson didn’t produce any wins for the Bobcats because all five players had left the team (and in return, the Bobcats apparently received nothing).  And the players who stayed didn’t offer much more.  Biyombo, White, Najera, Carroll, and Maggette played more than 4,000 minutes for the Bobcats but combined to produce less than two wins.

Meanwhile, Tyson Chandler — an above-average player through most of his career — led the Knicks with 13.3 wins in 2011-12 (after producing 11.5 wins for the World Champion Dallas Mavericks the year before).  And Gerald Wallace produced 7.4 wins for both the Nets and Blazers.  Had the Bobcats simply kept these two players (two players the team did not find in the NBA lottery) – and found a collection of players who could produce just 15 more wins  – the Bobcats could have avoided the lottery in 2012 entirely. Certainly with Chandler and Wallace the Bobcats wouldn’t have been the worst team in NBA history.

Unfortunately, the Bobcats chose to take another path.  And the operative word is “chose.”  The Bobcats intended to get bad so that they could be good.  Or at least, that’s the story they tell.

Losing now to win later – or tanking – is simply not a good strategy.  In general –- as I noted in this forum in March — title contenders in the NBA tend to arise from teams like the Bobcats in 2009-10.  Very awful teams – like the Bobcats in 2011-12 – tend not to become good very quickly.

What tends to happen to awful teams is that they take a ride on the lottery treadmill.  This ride works as follows:

And so it goes.

The above list includes 18 of the NBA’s 30 teams.  So this seems to happen to quite a few teams (and one of the missing teams – the Toronto Raptors — had three runs of four years).  Five teams – Golden State, Sacramento, the Clippers, Minnesota, and Washington – have had more than one run on the five-year treadmill.

What do these six franchises have in common?  Typically people think success in the NBA requires that a team be in a large market and/or have large payrolls.   Although the Lakers fit this description, the Spurs, Jazz, and Pistons are hardly large market teams with big payrolls.

Yes, Duncan was a lottery pick.  But he is no longer the player he once was.  The Spurs are now led by players who were not taken in the lottery.  And three of the Spurs six most productive players were second round picks.

However one does it, acquiring — and keeping — productive players is key.

Unfortunately, the Bobcats current strategy required the team to let its productive players win games for other teams.  So now fans of the Bobcats get to watch this team run on the lottery treadmill.  And as the above table indicates, this can be a very, very, very long run.

That run can be somewhat shorter if a team gets lucky. Certainly the Bobcats hoped to secure the number one pick in the 2012 draft and the rights to Anthony Davis.  But the NBA’s lottery system only gave the Bobcats a 25 percent chance of getting this pick.  In other words, the short-cut the Bobcats hoped for would require a good deal of luck.

Hoping to get lucky may be a good plan if you are in a bar on a Friday night.  But it is hardly a credible plan for a business organization.

Unfortunately, fans of teams on the lottery treadmill seem to have little else to pin their hopes upon.   And when luck doesn’t happen, the run on the treadmill – which the powers-that-be in Charlotte seem to love – just continues.