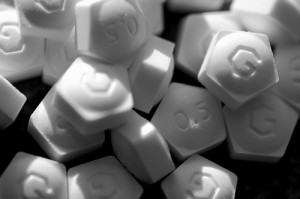 In a recent Harry Hole mystery novel The Leopard, Jo Nesbø (an economist as well as novelist) has Harry ask someone, “Where would you go to get it [a particular anesthetic] now?” and is answered, “Ex-Soviet states. Or Africa….The producer sells it at bargain-basement prices since the European ban, so it ends up in poor countries.” When rich countries ban something, they increase its supply to poor countries that refuse to ban it.  Prices are lowered to consumers there.  Rich countries’ safety is enhanced, poor countries’ worsened, with the only consolation that consumers in poor countries become able to obtain the harmful substance at lower prices.  Are people in each country better off, worse off, or what?

Could you, please, provide any real example of such products/brands?
Abstract thoughts, nothing more.

I don't know about pharma chemicals, but this is demonstrably true with respect to Pesticides which are banned in the US or EU, and has been studied for some time.

Well, the makers of Asbestos have rebranded it as Chrysotile and now sell it in such poor places as India. So if you consider lung cancer a bad thing, then I'd say the poorer countries as worse off. But hey, the rich countries are better off, because they don't have an insulation that causes cancer, and the makers in Canada get to make money off the dead they create!

Helps to start by getting facts straight. First, nobody "makes" asbestos, any more than they make granite or marble. It's a naturally occuring mineral, which is mined. Second, chrysotile is not a brand, it's one of the several mineral sub-types of asbestos.

Few, if any substances worth marketing for human consumption, are *absolutely* "harmful". The question should be: "Is the level of acceptable risk decreed by our FDA, or its European equivalent, universally applicable?" Safety is not the only value; and "safety" is actually a basket of "safeties". While safety from, say, cancer or heart disease, may be an appropriate priority in the U.S. and Europe, safety from more immediate dangers, say, infection or hunger, may be a priority elsewhere.

Agreed. Much also depends on the type of good. For instance, in the case of asbestos, a ban in a rich country might increase welfare in poor countries, since the ban could stimulate people (regulators included) to find information and make better informed decisions about the relative risks of fire and lung cancer while simultaneously driving down price. On the other hand, a decrease in the price of cocaine wouldn't have the same welfare-increasing properties since cocaine is addictive, the lower price would likely increase the incidence of addictions, and we can't really consider the choice of an addict to be free or welfare-increasing.

Perhaps the safety in poor countries is not worsened. Rich countries often have the luxury of alternatives. A drug may have a bad side effect, but the drug with the side-effect will probably have an overall net positive - hence why it was initially passed in the rich countries. It seems unlikely that a product could be excessively bad if it manages to pass through product testing and make it to market in the US. I wouldn't want to use some of these medications and products, but that's because I have alternatives.

You are generally wrong that "poor countries’ (safety is) worsened", because risk is a relative concept. Many medicines "banned" in developed nations may be more harmful than the best available alternative, BUT they may be better than the alternatives realistically available. US policy RARELY takes cost:benefit analysis into account.

Two better questions are: 1. is the drug actually better or worse than the alternatives, or is the marketing just better (see e.g., Amiodarone, which at hundreds of dollars a dose has replaced cheap, generic epinephrine as one of the primary treatments for cardiac arrest therapy WITHOUT any demonstrable increase in survival to discharge from the hospital), and; 2. Is the reason for the ban REAL or is it just a cultural problem- we ban lots of reasonable innocuous things in the US, such as marijuana, while keeping pretty harmful things, such as alcohol, legal.

Just a slight correction. The FDA is actually not allowed to consider cost in approval of pharmaceuticals. In essence, the FDA can deny an application only based on safety and effectiveness, a lack of data submitted by the applicant, misleading labeling proposals, or other data / information being missing from the application.

Also, Marijuana is banned not as a pharmaceutical substance but as a narcotic under various drug laws.

On the whole I suspect that rich countries suffer and poor countries benefit--because it is usually not that the banned substances are harmful, it is that the companies cannot afford the liability and lawsuits that occur when a substance is imperfect. Are tropical nations better with or without DDT?

I recognize that lawyers and lawsuits and the FDA are frequently beneficial (we all remember Thalidomide)--but they may also place an unrealistic burden on companies to produce impossible perfection. Viz:

In New England tick-borne Lyme Disease is rampant, yet there is a vaccine that was proved to be effective but was discontinued by the makers (the story goes) due to lawsuits that were probably not justified. The anti-vaccination nuts were rampant at the time.

But your dog and cat and horse can get the vaccine, so some people get their vaccine on the sly at their vets. Woof.

I just moved to an ex-Soviet state - http://andreasmoser.wordpress.com/2012/06/18/moving-to-lithuania/ - but it is also part of the EU. The quote doesn't seem to allow for that possibility, so I am confused as to whether I should offer my services in supplying drugs that are banned in other countries.

one word, one letter. preparation h.

First thing I thought of was automatic firearms. AK-47s are tough/almost impossible to get in many developed nations but they are dirt cheap in Africa and the poorer Eastern European countries.

Why would banning a product in the biggest market make it cheaper? It seems like it should result in less of it being manufactured, less competition, and ultimately higher prices.

Because the actual cost of making many drugs is virtually nil (Thalidomide is now used to treat multiple myeloma and costs a ridiculous amount -- like $100/pill -- because people will pay it. When it was marketed to treat morning sickness it cost much, much less). If people in the US are buying a drug, we have to pay lots of money because we can afford it. If drug manufacturers are marketing a drug to the poor, they charge what the poor can afford and still make money since the cost is so low to make it.

Why is the image of a bunch of alprazolam xr pills? It isn't banned...

In the real world, it likely rarely works out that way. Chances are pharmaceuticals banned in the US end up in other countries where information is much less transparent. It's hard enough getting solid safety and efficacy data on a pharmaceutical in the US, and sorting out the reality of its effectiveness in the NDA, published articles, etc. is a monumental task here that we still struggle with (see, e.g. the recent GSK settlement, in part for concealing and mis-representing trial data with respect to risks associated with their anti-diabetic drug.)

So, likely what happens is the compound can get dumped onto poorer countries where there is no one who cares about the actual safety or efficacy of the compound, and the people are too impoverished to have access to sources of information regarding the drug in general.

You end up with large entities marketing and selling drugs in countries where information is the farthest thing from perfect, which gives them carte blanche to sell ineffective and/or dangerous pharmaceuticals in un-regulated markets.

Whether or not it improves the situation of the poor country could potentially be looked at on a compound by compound case. For example, offloading DES in 3rd world countries would definitely have no appreciable benefit but several downsides. Another example may be VIOXX, does the subjective relief outweigh the risk of cardiac failure? That's a more difficult valuation for the betterment of the poorer country. My guess would be that overall It's a net negative for poorer countries. Drugs are typically banned for good reason in richer countries.

It's clearly a net gain for the richer country though, because the type of problems associated with dangerous chemicals are not the type of problems that rich countries usually supply foreign aid for. Plus, the pharma company is presumably based in a rich country and this increases their earnings. All while the richer country avoids the risk (or inefficacy) of the banned chemicals.

This post is extremely vague. For example, thalidomide is banned but it is also useful and I don't think it would worsen the lives of people in poor countries if it is not used by pregnant women. Give some real examples.

That's Professor Hamermesh's MO. Provide little actually data, but ask thought provoking questions. He gets one of the highest "comments per article" ratio of any contributors to the blog using this tactic.

This brings to mind the show Arrested Development, when George Bluth's hazardous corn frying appliance, the "Cornballer," is outlawed in the US, so he markets it illegally in Mexico:
http://www.youtube.com/watch?v=4-LBcPHR6YA