A Bill of Goods? Assessing the Transportation Legislation 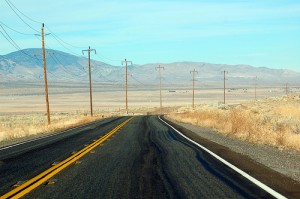 Okay, in this post let’s start off on the bright side. At a time when the two parties cannot agree on the menu at the Congressional cafeteria, the Republicans and Democrats have found something they can agree on. After three years of debate and nine temporary stopgap extensions, Congress and the President have enacted new transportation authorization legislation. This bill divvies up the gas tax money, plus some miscellaneous revenue from other sources (more on this later), and funds and regulates the federal surface transportation program for the next 27 months.

In many respects, this is a pretty remarkable achievement. Things could have been worse: on the same day that the transportation agreement was announced, the Supreme Court handed down its ruling on healthcare. Compared to the stark partisanship surrounding that issue, when it came to transportation, John Boehner and Harry Reid held hands around the campfire and sang Kumbaya.

Both sides showed flexibility. House Republicans backed away from some of their more controversial positions, such as demands to eliminate mass transit’s guaranteed share of gas tax revenue and to approve the Keystone pipeline. Democrats agreed to streamline the environmental review processes that play a large part in the high costs and lengthy delays that often plague transportation projects, plus made lots of concessions on other more minor issues.

I won’t go into all the details of this complex legislative compromise as I assume most of you have jobs, families, pets, hobbies, or something else more productive to do with your lives than obsess over things like the transfer of the JARC program to the Section 5307 Urbanized Area Formula Capital Grants.

However, one high point is the liberalization of the regulations surrounding tolling on the Interstates, as long as tolls are levied only on new capacity or underused carpool lanes. I’ve made the case for such tolls here and here. If done correctly, they will be a win all-around: for government, for taxpayers, and for drivers—even, believe it or not, for drivers who never choose to use the new tolled lanes.

Also, more private sector participation in roads is encouraged, which in principle is a good thing though it is fraught with pitfalls in practice.

One other plus from my perspective: the Senate’s Title V provisions for increased funding of high-speed rail were left out of the legislation. I’ve written a bunch about my skepticism on HSR (here, here, and here). I will miss many things about California when I move to South Carolina in a couple of weeks. But at least my health insurer is cutting my premiums because of a sharp drop in my chances of dropping dead of from apoplexy after reading about California’s HSR program.

Why this deal when so much else in Washington is hopelessly gridlocked? In large part, it’s a testament to the relative popularity of transportation spending on both sides of the aisle. As I’ve written in the past, there is something in transportation spending for everybody. Leftish types can take pleasure in the fact that transportation “creates” jobs, and that a heavily disproportionate share of the spending (at least on a per-traveler basis) goes to mass transit, a “sustainable” mode that contributes to “livability.” (How did those snarky quotation marks get in there? More on whether they should be stricken in a future post.)

For their part, Republicans like transportation legislation, despite the fact that it is government spending, because at least it is “business-friendly” and will “contribute to economic growth” (at least I’m an equal opportunity quotes applier).

But passing the law involved more than just agreement on a popular jobs bill that can be read as a boon no matter which ideological lens you view it through. In fact, I think the passage of the bill took some courage, since, by bipartisan agreement, it was done without earmarks.

These spending mandates, inserted directly into law by congressmen, allowed projects to bypass the usual channels (such as formulae and competitive grant programs) which are used to determine (if imperfectly) where the needs are and whether the projects make any rational sense in terms of costs and benefits. Given the obvious political temptation to bring home the bacon, transportation earmarks had been running amok (there were 6,371 in the 2005 legislation).

So it really is remarkable that, in the name of good governance, incumbents from both parties swore off a tool which directly helps them all keep their jobs. Come on, America: isn’t this 25 or 30 percent approval rating behavior, not the 16 percent you sourpusses are giving Congress right now?

To be fair, not everybody is happy. All the “no” votes on the final legislation came from Republicans, and many environmental and anti-auto groups on the left mourned its passage as well. But I suppose that if both the left and right wings go away upset, it might be considered a sign that the leadership of both sides did something mature.

So that’s the good news. However, there is plenty of reason to feel the glass is half empty. I’ll follow up with some ammo for that skeptical 84 percent of you soon.