Excerpt from The Knockoff Economy: Tweakonomics

Here is an excerpt from The Knockoff Economy: How Imitation Sparks Innovation

, which has just been published by Oxford University Press. Over the next few weeks, we’ll be running 2 excerpts from the book here on the blog and taking questions from Freakonomics readers in a Q&A. We’ll also run a contest for the wackiest photo of a knockoff item.

In The Knockoff Economy we examine the relationship between copying and creativity. Most people who study this area look at industries such as music or publishing, where intellectual property (IP) protections are central. We do something different: we explore innovative industries—such as fashion, food, fonts, and finance–in which IP is either unavailable or not effective. In these industries copying is common, yet we find that innovation thrives. In a world in which technology is making copying ever easier, we think these industries have a lot to teach us. And one of the key lessons is that copying is not just a destructive force; it can also be productive. Harnessing the productive side of copying—the ability to refine, improve, and update existing innovations—is at the heart of this excerpt.

Rules against copying don’t just cover outright imitation. They also address variations: works that use that some portion of another creative work but add in new stuff, and in the process transform the original work. Think of Shepard Fairey’s famous Hope poster of Barack Obama, which took an existing photograph and reworked it into an iconic image: 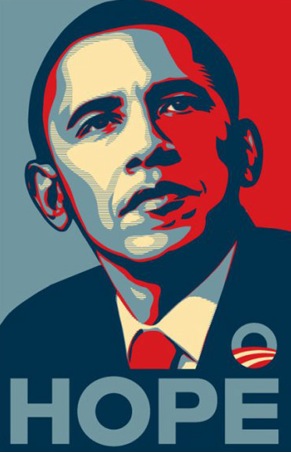 It is normally against the law to alter a creative work—what we call in this book tweaking–unless the original creator gives permission. That’s because doing so involves some degree of copying, and copying is what copyright law is meant to stop.

For the last century, however, there has been a different rule for songs. (Actually, to be precise, for musical compositions, as opposed to recordings of those compositions). This special rule gave birth to what today we know as the cover song.

Cover songs are very common, in part because the legal system makes it easy to record a cover. The cover artist must pay something to the original songwriter if she sells recordings of the song. But she doesn’t have to ask permission to cover the song and reinterpret, and tweak it, as she sees fit. In short, she can copy the song, add her own variation, and put it out in the marketplace.

Why does American law contain this unusual exception for cover songs? It stems from an interesting historical accident. In the early days of copyright, the rules about music were straightforward for a simple reason: at the time, there was no way to record music or to mechanically reproduce it. Music existed on paper (in the form of sheet music) and in the air during live performances. Copyright law prevented—at least in theory—the unauthorized copying of sheet music, which was the only copying possible.

That all changed after the Civil War, with the invention of the player piano. By the 1890s player pianos were widely distributed in the United States. (The phonograph was invented at about the same time and it too was everywhere by early 20th century.) The player piano deeply troubled popular music composers such as John Philip Sousa. Sousa worried that the pianos would kill the public’s demand for sheet music, and sheet music was the source of composers’ copyright royalties. To make matters worse, the player piano companies refused to pay royalties to composers for the songs they put on player piano rolls. These rolls were scrolls of paper with holes punched out in patterns that instructed the piano how to play a particular song. The rolls, argued the player piano companies, did not “copy” the composers’ musical compositions. As a result, they were perfectly legal.

As Sousa knew, that argument was more than a little disingenuous. Sheet music “copies” a song by rendering it into musical notation—symbols on paper that tell a musician how to reproduce the song. In a similar fashion, a player piano roll “copies” a musical composition by rendering it into a different sort of musical notation—holes punched into paper that tell a machine how to reproduce the song. Sheet music and player piano rolls are essentially the same instructions, just written in different languages.

Nonetheless, the Supreme Court, in its 1908 opinion in White-Smith Music Publishing Co. v. Apollo Co., sided with the player piano companies. The Court held that because humans could not read player piano rolls, they were not in fact copies of the musical compositions they encoded.

The result in White-Smith lasted but a year before it was overturned by Congress. The Copyright Act of 1909 extended the law to cover all “mechanical” reproductions of musical compositions, whether they could be read by human beings or not. With this action, however, Congress mandated that all musical compositions would be subject to what is called a “compulsory license.” In short, since 1909 the copyright law has allowed musicians to copy others’ songs without asking permission, so long as they paid a specified fee to the original songwriter.

Why did Congress create this system of copying? Because they feared the power of the Aeolian Company.

Who? Aeolian is a long-vanished manufacturer of pianos, player pianos, and organs. Aeolian declared bankruptcy and disappeared in 1985. But back in the first decade of the 20th century, when player pianos were the hot new technology, Aeolian was a dominant firm—the Microsoft (or perhaps Google) of its day.

Anticipating that Congress was about to overturn White-Smith and extend copyright to mechanical reproductions of musical compositions, Aeolian had moved swiftly to buy up song rights from musicians and publishing companies so it could copy them onto player piano rolls. Aeolian’s competitors quickly complained to Congress about Aeolion’s attempt to corner the music market. Congress responded with the invention of the cover song rule. The immediate result was that Aeolian’s competitors gained the right to make their own player piano rolls, so long as they paid the fee. That was Congress’s intent: to keep the Aeolian Company from having a monopoly on the then-crucial player piano roll market.

The longer term result was much more significant: because of Aeolian’s dominance of a now-defunct technology, we have a musical culture in America in which musicians are free to tweak songs they like—and they do so with great enthusiasm. Bob Dylan wrote “All Along the Watchtower”; Jimi Hendrix tweaked it into something quite different and, arguably, made a great song even greater. Another 1960’s classic, Van Morrison’s “Gloria,” has been covered by performers including Jimi Hendrix, the Doors, David Bowie, Tom Petty, Bruce Springsteen, Rickie Lee Jones, AC/DC, and Patti Smith, in perhaps the song’s most memorable and inventive reinterpretation. “Gloria” is an enduring song in part because so many legendary musicians have tweaked it. Cat Power
, John Lennon, Willie Nelson, Paul Anka, and many other famous artists have issued albums of nothing but cover songs. All this (legal) tweaking has made our musical culture immeasurably richer.

But has the freedom to tweak others’ songs, in exchange for a very low fee that the original songwriter has no power to override, suppressed the incentive to write new songs? There’s no evidence of that. Indeed, every day we see a continual outpouring of new musical compositions. Tweakers and pioneers co-exist comfortably in the world of music.

It is sometimes hard to tell them apart, in fact. Think for a moment about jazz greats like Charlie Parker and John Coltrane. On one level, they are tweakers—Coltrane’s version of the Rogers and Hammerstein standard “My Favorite Things” recognizably appropriates that song’s famous melody. But if Coltrane starts there, it’s certainly not where he ends up. By the song’s end more than 13 minutes later, Coltrane has tweaked the original melody and taken it in a much darker, more contemplative direction. At some point in the song, Coltrane crosses the uncertain border that separates Tweakers from Pioneers.

Tweaking is present in all inventive fields, and in some—like music—is a very prominent part of the creative process. Perhaps the most important point about tweaking is this: tweaking does not appear to suppress pioneering innovation very much. If anything, it may often encourage it. Many of the most significant and enduring innovations rest on tweaking. As Malcolm Gladwell has argued, the late Steve Jobs of Apple—an icon of our innovation economy if there ever was one, and the man behind the iPhone and iPad—“was repeatedly referred to as a large-scale visionary and inventor.” But in fact, “he was much more a tweaker.”

Steve Jobs, Gladwell goes on to argue, was “the greatest tweaker of his generation.”Even the iPad, Jobs’ last great success, was a tweak of an idea out of Microsoft.