But there’s at least one more perspective to consider. A firm might look at the office rent it pays and think it might be worth the trade-off to let employees work at home instead. This could make sense as long as the real estate savings were enough to offset the expected drop in productivity from letting employees work at home.
So what do we know about productivity among those who work at home? While the share of Americans who work at home has been slowly rising, the fact is that productivity is hard to measure.
Enter James Liang and Nicholas Bloom. The former is a founder and chairman of Ctrip, a big Chinese travel website a la Expedia. The latter is a labor economist at Stanford. They, along with co-authors John Roberts and Zhichun Jenny Ying, have done a study called  “Does Working From Home Work?  Evidence From a Chinese Experiment,” in which Ctrip employees were randomized into work-at-home groups and work-at-the-office groups.
The results may surprise you — and, if you happen to run a company, you might rethink your future.
In our podcast, you’ll from Liang, Bloom, and Christine Hoehner, a public-health professor at Washington University who co-authored a study about the health effects of commuting, which we wrote about earlier here. 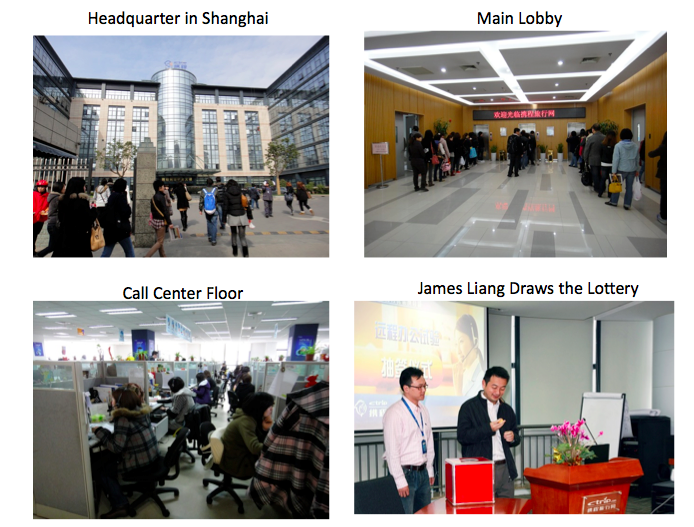 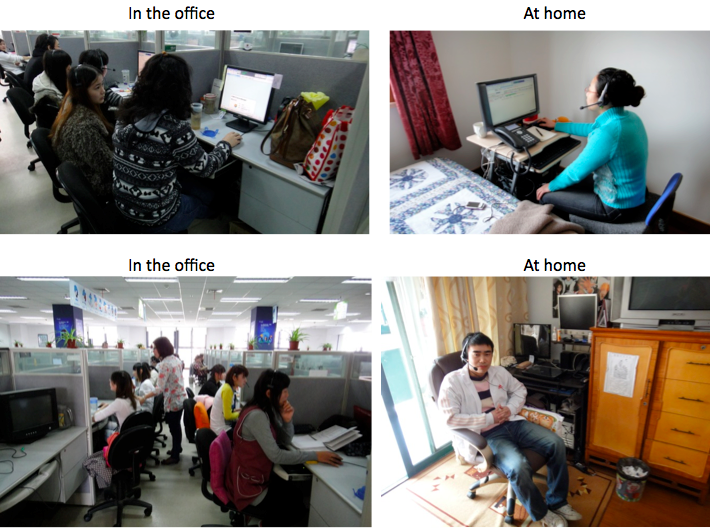 Ctrip employees at home and at the office. (Photos ourtesy Nick Bloom)