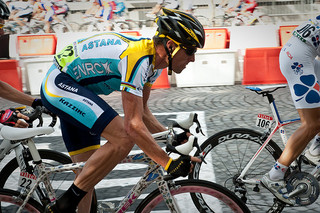 One of the great lessons of contracts (and of the law more generally) is that the timing of actions can dramatically change legal consequences.  An offeree who says “I accept” a moment after the offer is withdrawn is in a very different position than an offeree who says the same thing a moment before an attempt to withdrawn.

This past summer three sports stories seemed to turn on matters of timing. Les Carpenter writes that Lance Armstrong could have avoided is downfall if he had stayed retired:

The irony is that Armstrong could have remained a hero. He could have been a saint, as well as a beacon of light to millions who never would have thought he had cheated throughout his career. All he had to do was stay retired.

But hubris got the best of him. It’s the fatal flaw of driven men everywhere. He had to come back. He had to try France another time. And in doing so he reset the clock on the statute of limitations. He gave the federal government an opportunity to look through his life. If the government hadn’t looked at Armstrong over the last two years it’s hard to imagine USADA gathering the evidence to do what it is doing now.

In contrast, another famous athlete is considering coming out of retirement not despite, but because of a doping suspicion. Roger Clemens may be preparing to un-retire in order to reset a time period – the five-year Hall of Fame eligibility clock.

But the most interesting timing question involves Jeremy Lin.  To my mind, the Knicks made at least two timing mistakes with regard to Lin’s resigning. First, the Knicks failed to make Lin an offer after free-agency period started on July 1:

The Knicks would not make a formal offer to Lin — not then, or, ultimately, ever — instead opting to steer him toward the open market so he could assess his own price. 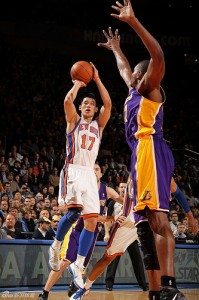 If the Knicks had moved first, they could have avoided having to match Houston’s poison-pill contract.  The second, and more important, error concerns how the Knicks reacted the Houston’s initial offer.  The Knick error was is in tipping their hand.  Newspapers widely reported that Houston was poised to offer Lin “four years — with the fourth as a team option — and $28.8 million.”  For some ungodly reason, the Knicks coach signaled that the Knicks were likely to match the Houston offer:

As news of the offer broke (and Lin’s camp says they did not communicate anything to the Knicks before an offer sheet was actually signed), Woodson publicly declared that Lin would “absolutely” be back. But not long after that, the Rockets came back with a revised offer: three years for $25.1 million, with the money rising from $5 million in the first season, to $5.225 million in the second, to $14.898 million in the third.

Woodson’s public July 11 comments that Lin would absolutely be back and that the “the Knicks ‘never once’ blinked at knowing they would have to pay [Houston’s initial offer]” were tragically short-sighted.  It would have been better for the Knicks at that point to remain silent and immediately match the initial offer sheet as soon as it was signed.

By signaling that there were poised to match the initial offer, Woodson unwittingly may have caused Houston to up the ante — intensifying the poisonous of the final year offer.  If Woodson had waited to speak, if the Knicks had matched more quickly, or if the Knicks had made an offer earlier, Lin might still be wearing Orange and Blue.

Editor’s Note: The USADA is not part of the federal government as the quoted Yahoo! article states.

Armstrong's downfall? What universe are you reporting from? That Armstrong, or any athlete, does not have (or want to expend if s/he does have them) the resources to fight the witch hunts of a quasi-governmental body with unlimited funds and will to pursue its vendettas should come as no surprise. The surprise should be that Armstrong was willing to fight as long and hard as he did. Myself, I'd told them to eff off years ago.

Bloomberg News did a story that three of the five people that came in second during Armstrong's run have subsequently served suspensions for testing positive for PEDs. A fourth is facing a possible investigation.

In light of that, maybe Armstrong was still the best - because they were ALL cheating.

W.r.t.jeremy Lin: here is an equally plausible explanation yet different interpretation from Prof Ayres'. Houston is a competitor of the Knicks. One way to harm a competitor is to have them pay more than what a player is worth.. When houston bids, the Knicks manager bets that if they immediately state they expect to keep Lin then this will signal that the Knicks think Lin is worth at least as much if not more than the Houston bid. Since Houston knows the Knicks have private information about Lin, Houston may view this signal as credible and thereby increase their bid. The Knicks, however, may have information that suggests that Lin, in their opinion, is not worth that much. In essence the Knicks are bluffing and capitalizing upon the mania that is J Lin. What better way to have a competitor pay more than they would otherwise for a player by sending this type of signal.

I am an aged cyclist, non competitive and never liked watching the Tour de France. But this book, "The Secret Race" was the most intriguing, spell bounding book I have read in a long time. Look it up and at least read about it and who wrote it. I have listened to all of your podcasts and I think this would be a good subject since now that Lance had the Oprah interview. If you guys have not read the book yet, go get it.

Thanks for the great podcasts!