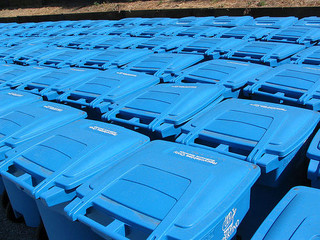 A recent Freakonomics radio podcast focused on the unintended consequences of bounties. Here’s another great example: California’s recycling redemption program no doubt seemed like a great idea when it was initiated, but an L.A. Times article suggests the system is being gamed. Last year, it appears that nearly 100 percent of recyclable cans sold in California were returned, and 104 percent (!) of plastic containers:

Crafty entrepreneurs are driving semi-trailers full of cans from Nevada or Arizona, which don’t have deposit laws, across the border and transforming their cargo into truckfuls of nickels. In addition, recyclers inside the state are claiming redemptions for the same containers several times over, or for containers that never existed.

“Last summer, the state Department of Food and Agriculture counted all vehicles driving into the state with used beverage containers through 16 border stations,” writes Jessica Garrison.  “The three-month tally was 3,500, including 505 rental trucks filled to capacity with cans.”  There’s big money at stake: one fraud ring brought in $189,000 worth of cans.