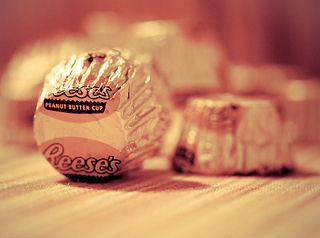 As I do each year, I auctioned off candy (this year Reese’s peanut butter cups) to my class.  None were bought at a price above $0.50, all 23 were sold at that price. As usual, a nice illustration of downward-sloping demand curves.  I had kept one piece at the start, extolling its taste while eating half of it (and thus presumably causing an increase in demand).  The other half fell off my lectern, and I stepped in it after returning to the front of the room.  The first half piece of candy was really tasty, and I was dying for another one.