Who Controls the Switch on a Geoengineering Machine? 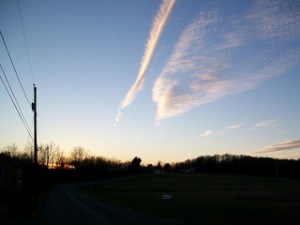 Most discussions about geoengineering start out with the tricky scientific issues but eventually get to the even trickier issue of governance. As we wrote in SuperFreakonomics:

As of this writing, there is no regulatory framework to prohibit anyone — a government, a private institution, even an individual — from putting sulfur dioxide in the atmosphere. (If there were, many of the world’s nearly eight thousand coal-burning electricity units would be in a lot of trouble.) Still, [Nathan] Myhrvold admits that “it would freak people out” if someone unilaterally built the thing.

But of course this depends on the individual. If it were Al Gore, he might snag a second Nobel Peace Prize. If it were Hugo Chávez, he’d probably get a prompt visit from some U.S. fighter jets.

One can also imagine the wars that might break out over who controls the dials on Budyko’s Blanket. A government that depends on high oil prices might like to crank up the sulfur to keep things extra cool; others, meanwhile, might be happier with longer growing seasons.

Martin Weitzman addresses this issue in a new working paper (abstract; PDF) called “A Voting Architecture for the Governance of Free-Driver Externalities, with Application to Geoengineering.” As he writes:

The idea of geoengineering is not about to go away any time soon. If anything, interest in solar radiation management is likely to grow over time. Geoengineering is simply too cheap and too tempting for it to recede politely from public view. My basic premise is that we must do some serious thinking about the architecture of a geoengineering governance structure — sooner, rather than later.

Weitzman’s bibliography is also valuable for anyone wanting to read further on the topic. Among the entries:

It's controlled by the mad scientist who built it. Have you guys never watched a James Bond film or Kim Possible or any other of the many other movies and shows based on exactly that scenario?

I wonder which sorts of geo-engineering could be implemented clandestinely. In the absence of any sort of international policy, you might see countries engaged in covert wars over this kind of thing. Imagine Russia and Canada conspiring to destroy the secret sulfur-dioxide plants installed all over the world by OPEC. Sounds like a promising plot line for a near-future sci-fi movie.

How do I get some of the oil and coal company payoffs that environmentalists claim are preventing a credible response to global warming?

Simple, though Paypal won't quite cut it. First, you run for Congress or the Senate (if you're American, otherwise your national legislative body). Make it through the primary, then ask nicely for an oil/coal company "contribution" to your campaign. If you win the election, you can ask for even more money to fund your re-election campaign. See e.g. http://www.desmogblog.com/james-inhofe for examples to follow...

What will be crucial is whether or not possible profit is involved. The "environmental" movement, which once had credibility, is essentially an anti-capitalist movement today which uses the environment as a focus. If a private organization, particularly a for-profit entity, found a way to successfully eliminate all pollution in an inexpensive way that saved the whales and the polar bears AND could get the world to sing in perfect harmony BUT would produce a profit for the organization (no matter how little), there would still be those who would fight it because "a decent organization would just give it to the world" and nobody should make a profit on stuff people need. And those people are louder and so get more attention from the politicians. If I had a scheme that I thought might work, in the current political environment I'd be tempted to work in secrecy as much as possible and then just do it when I was ready. Too many folks are not only ignorant, but proud of being ignorant and go out of their way to avoid learning anything that requires a bit of effort, and their vote counts the same as mine. Some pretty but vacuous actor will say something against it, knowing even less than a Wikipedia article on the subject, and thousands of voices will inundate the politicians to shut it down. More people know who every Kardashian is married/shacking up with than know the names of even on of their Federal, state or local politicians.

Or do you just mean there's no global framework?

Do you know what geoengineering is?

This whole discussion scares the hell out of me. The entire topic of geoengineering is so dangerous. Do we really believe that we can know all we need to know to change our environment without screwing something else up? How arrogant can we be? I would trust no one to control the geo-engineering "knob", not even Sister Theresa. Should we reduce CO2 emmisions? Yes. Should we work to find alternate and cleaner fuels? Yes! Should be screw around with the atmosphere is a mis-guided attempt to make things better. Hell No.

You miss an important point, which is that we already ARE changing the environment and screwing up a lot of other stuff. Geoengineering, as dubious as I am about the "release lots of SO2" variety, is an attempt to stop these changes.

If some major country, say China for example, "got religion", decided global warming was a real threat but couldn't afford to stop using cheap fossil fuel, would anyone be able to stop them if they when in for climate engineering? No would be the short answer. Just as no one is prepared to stop them now when they build a least one new coal fired power plant a week. Substitute India, Brazil or even Indonesia for China and you'd get the same answer.

Although geo-engineering may be a tool in the toolbox of potential fixers, we should not place all of our focus on methods that only mask the symptoms of our changing atmosphere.

Even if we can address temperature change by injecting SO2 into the stratosphere, the CO2 concentration is still growing, leading to other problems such as acidification of the ocean. SO2 injection should only be a tool of last resort. Hopefully markets will provide us with more options before we get to this point.

The question of who has their hand at the control is similar to that of how we stop people/countries from creating negative environmental externalities in the first place. There don't seem to be good answers, but the first step has to be on agreeing upon the harm (climate change) that is being caused in the first place.