An Economic Analysis of "Stop and Frisk" 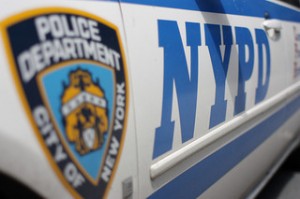 We analyze data on NYPD’s “stop and frisk program” in an effort to identify racial bias on the part of the police officers making the stops.    We find that the officers are not biased against African Americans relative to whites, because the latter are being stopped despite being a “less productive stop” for a police officer.

New York City’s stop-and-frisk program disproportionally impacts minorities. The New York Civil Liberties Union makes this point forcefully by documenting that, in 2011, 52.9 percent of stops were of blacks, 33.7 percent were of Latinos, while whites accounted for only 9.3 percent of the stops. This disparate impact is unfortunate, but should not be surprising if we believe that crime and therefore policing are disproportionally concentrated in minority-rich neighborhoods.

Our results cannot be interpreted as proving that the stop and frisk program is lawful. If is possible that the program may be unlawful in other ways, for example, that many of its searches may not arise from a reasonable suspicion. Our interpretation of the results is simply that, whether or not the officers behavior violates the law, the behavior does not display a racial bias, conscious or not.

Among the relevant predecessors to this paper are Gelman et al.

The residents of certain neighborhoods must be doubled over with laughter as they see *every* white person who happens to wander into their neighborhood get stopped and frisked by police officers endeavoring to demonstrate their lack of racial bias.

Your analysis would be stornger if you provided data about the outcomes of stops by group. So for example, of the 52.9 percent stops of blacks, what percetnage of these stops resulted in the NYPD finding a gun? Similarly, the stop result data for Latinos and whites would also need to be presented.

I'm not sure that even if it could be proven that there was a correlation between race and likelihood of committing a crime/carrying a weapon, that it would be constitutional anyhow. A person's race or ethnicity alone can't be the probably cause for the stop

You have the law wrong. Probable (not probably) cause is not required for a stop and frisk. Only reasonable suspicion to believe that a crime is being committed or is about to be committed is required and the law is clear that race may be one of a set of factors that when taken together establish reasonable suspicion.

"This disparate impact is unfortunate, but should not be surprising if we believe that crime and therefore policing are disproportionally concentrated in minority-rich neighborhoods."

That would be all well and good, but the following study by the New York Attorney General found that minorities were disproportionately subjected to "stop and frisk", even in white neighborhoods.

“Stop and Frisk” is racial profiling plain and simple. This is illegal behavior on the part of law enforcement and is a breach of civil rights for anyone stopped, regardless of race. The actions and abuse by the NYPD are filling the definition of a “Police State.” You can read much more about cops running amuck and how they’ve violated civil liberties across the country at http://dregstudiosart.blogspot.com/2012/08/the-privatized-police-state.html

If the stops are equally "productive" -- if (for example) 10% of all the white, all the black, all the brown, all the yellow, all the red people, and even all the green Martians who get stopped prove to have an illegal weapon, then race isn't what's causing these stops, even if you end up stopping way more Martians than humans. Equal levels of violations found per stop means that something *other than* race is causing these stops. Now perhaps Martians are five times as likely to have a weapon and five times as likely to be young males with suspicious bulges in their armpits, or whatever the *actual* cause of suspicion is, but they've just demonstrated that race isn't what's driving this.

Thank you! These matters seem to be frequently confused on this blog and among economists in general. It was probably the case that refusing to serve black customers in Jim Crow-era Alabama was economically efficient (because it drove some white customers away) and legal. If someone did a study on this fact and pointed to it as proof that Alabama store owners were not "biased against African-Americans relative to whites" because each sale form a black customer was less "productive" than a sale to a white customer, what would be the proper reaction? Probably not give it implicit approval and legitimacy by posting it on your popular blog without comment.

I tried some time back to find stop and frisk statistics by SEX instead of race.

The racial disparity is controversial. But I guess, without evidence so far, that most of those stopped are male. I was curious if I could see if this was indeed the case, since I've never heard of any outrage about alleged SEXUAL discrimination by police, in stopping a disproportionate number of men. If anyone has any figures or links, please share :)

It's politically incorrect to complain about sex discrimination against men.

There was a brief and very poorly informed brouhaha about the proportion of women being strip-searched at UK airports. It sought to assign some sort of sexual motivation to the decision, neglecting the fact that the searches were (of course) being performed by female officers. This was very shoddy journalism, because if you looked at the actual underlying numbers, far fewer women were being stopped at all - just a slightly larger proportion of those stopped were searched.

With those articles (as with the one above) what I really wanted to know was - what was the "hit rate" of those searches ?

To me the question of race is immaterial. The problem I see is that police intervention and stop and frisk has not reduced drug use. Sometimes you really need to look at the end numbers to figure out something doesn't work.

Over 50% of Americans report using marijuana in their life which is an illegal narcotic. Why should we spend BILLIONS of dollars policing and harassing citizens when they can't even stop 50% of people from committing the crime.

We all know that drug law doesn't stop drug use and that is the bases of stop and frisk enforcement.

It's like how the corporate tax rate is 35% but in study after study corporations have been shown to be paying 10%. So its obvious crimes are being committed.