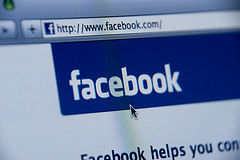 In a new blog post, Stephen Wolfram lays out some of the data from Wolfram/Alpha Personal Analytics for Facebook project. He looks at average network size;  how network size varies with age, gender, and location (among other things);  and, our favorite, what people talk about on Facebook at different ages:

People talk less about video games as they get older, and more about politics and the weather. Men typically talk more about sports and technology than women — and, somewhat surprisingly to me, they also talk more about movies, television and music. Women talk more about pets+animals, family+friends, relationships — and, at least after they reach child-bearing years, health. The peak time for anyone to talk about school+university is (not surprisingly) around age 20. People get less interested in talking about “special occasions” (mostly birthdays) through their teens, but gradually gain interest later. And people get progressively more interested in talking about career+money in their 20s. And so on. And so on.

When do they talk about economics?

when they like they are attracting too many women and are trying to lay off the radar...:)
seriously...the only economics i get in fb is from freakanomics...

Do people actually have more interest in each birthday (or other special occasion) as they enter child-bearing years, or do they simply have more birthdays to deal with? I could easily imagine a teenager dealing with three birthdays (me, mom, dad) and that same adult dealing with six (me, mom, dad, spouse, two kids). The interest in a given birthday could be the same, but it would produce twice as many comments.

I'd like to know what the birthday-comments-per-network-size is, rather than the absolute number of birthday comments.

you forgot one big huge category - jesus. He needs his own jesusbook... for everyone to go and communicate with him there and praise him and beg for whatever - that way jesus doesn't have to check everyones page to see who hit like and who didn't... he can just go to one place...

A fascinating one I came across before was the OkTrends blog, based on data generated from users of the dating website OkCupid. Would love to hear what the Freakonomics crew think about it; they have some very interesting observations but I'm not sure I buy their interpretations all the time. Here it is:
http://blog.okcupid.com/

Everyone on my FB posts only about themselves.

I gotta get new friends :(