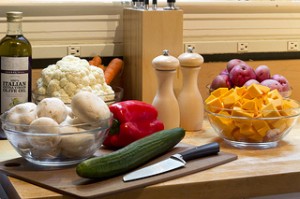 Writing for Foreign Policy, Tyler Cowen explains what cookbooks can tell us about economic development. Why is it easy to find Mexican food cookbooks, but impossible to find a cookbook detailing the recipe for Yemen’s mutafayyah dish? Here’s Cowen’s economic explanation:

Consider how cooking evolves: It starts in the home and then eventually spreads to restaurants and on to cookbooks, along the way transforming a recipe from oral tradition to commercialized product. In the home, recipes are often transmitted from grandmother to mother, or from father to son, or simply by watching and participating. I’ve seen this in rural Mexico, for instance, when an older daughter teaches her younger sister how to pat tortillas the right way. When societies get richer, you start to see restaurants, a form of specialization like auto mechanics or tailors (see: Adam Smith on the division of labor). Restaurants require that strangers — other cooks — be taught the process. That means simplifying or standardizing ingredients so they’re easier to work with and, in many cases, available year-round. This, of course, means writing down the recipe. Once a dish reaches these commercial milestones, cookbooks will follow.

Cowen goes on to point out that cookbooks can also serve as good predictors of future development:

Cookbooks — the more practical kind — also turn out to be good guides to which countries and regions are on the cusp of economic progress. Look at chef Marcus Samuelsson‘s African cookbook, The Soul of a New Cuisine, or Naomi Duguid‘s Burma: Rivers of Flavor, both of which are vast improvements on earlier offerings in their respective regions. It shouldn’t be a surprise, then, that Africa’s economies are booming at near double-digit growth rates or that Myanmar is going through a fundamental economic and political revolution, moving from a closed society to a globalizing developing country.

Reading just the abstract, it would seem that Cohen has missed a few steps, and exaggerated the importance of others. For instance, for a cookbook to appear (in English), there must be a person skilled at cooking the cuisine, and fluent in English, which generally means an immigrant. Sometimes, but not always, that immigrant has followed the common path of opening an ethnic restaurant. But there are other cuisines - Persian comes to mind - where there are few if any restaurants, perhaps because most immigrants from Iran were prosperous refugees from the theocracy.

The other factor here is that for cookbooks to be viable, the ingredients must be available. My oldest Oriental cookbooks give mail-order sources for ingredients that I can now find at my local supermarket. Likewise, there's little interest in preparing sushi at home, despite its popularity, simply because it's impractical for individuals to obtain the ingredients needed for most kinds.

I don't think that he's limited his argument to "cookbooks appearing in America". I think he's mostly considering the fact that cookbooks get published at all.

Let's not forget the BBC contest for the cheapest meal--Winner is:

Samuelsson may be misinterpreted here; he's Ethiopian adopted by Swedish parents. Pretty likely that he's exploring his ethnic roots rather than representing the "cookbook vanguard" of economic progress.

Speaking of which, if anyone can recommend a good cookbook that covers Colombian breads (Spanish or English, doesn't matter), I'd appreciate it. I've got a friend who is homesick for the bakeries of Bogotá.