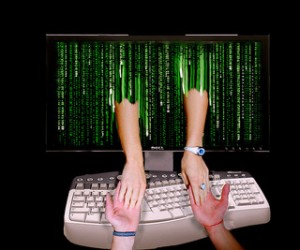 A new study by the University of Chicago’s John Cacioppo finds that couples who met online went on to have more fulfilling marriages than those who met offline. They also divorced at a lower percentage:

“These data suggest that the Internet may be altering the dynamics and outcomes of marriage itself,” said the study’s lead author, John Cacioppo, the Tiffany and Margaret Blake Distinguished Service Professor in Psychology at the University of Chicago.

The results were published in the paper, “Marital Satisfaction and Breakups Differ Across Online and Offline Meeting Venues,” in the current issue of the Proceedings of the National Academy of Sciences.

Meeting online has become an increasingly common way to find a partner, with opportunities arising through social networks, exchanges of email, instant messages, multi-player games and virtual worlds, in which people “live” on the site through avatars. The research shows that couples who met online were more likely to have higher marital satisfaction and lower rates of marital breakups than relationships that began in face-to-face meetings.

For the study, Cacioppo led a team that examined the results of a representative sample of 19,131 people who responded to a survey by Harris Interactive about their marriages and satisfaction.