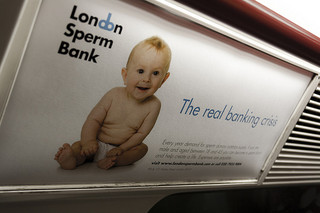 Alex Tabarrok explores the world of egg donation, which is heavily regulated by the Society for Assisted Reproductive Technology (SART) and the American Society for Reproductive Medicine (ASRM).  The two organizations effectively limit egg donor compensation to $5,000-$10,000, acting as a “buyer’s cartel,” in Tabarrok’s words:

Tabarrok also comments on the repugnance issues around egg and organ donation, a theme that has popped up on this blog before:

Although ASRM-SART may profit from restricting donor compensation there is another issue at large, the repugnance constraint. The repugnance and disgust centers of the brain are old and deep and often revolve around issues of body integrity, body products, hygiene, sex and death. Birth treads uneasily in many of these waters already and egg donation adds to this volatile mix issues of gender, personhood, identity and genetics all of which prime for a repugnance storm. The plaintiff’s case is sound but if the antitrust laws prevent ASRM-SART from limiting prices–or saying that they limit prices–and if egg donation were to become even more of a market in everything might there not be a backlash and an outright ban on compensated donors, as is the case in many other countries and for transplant organs in this country?

In a related post, Tabarrok discusses what happened when Canada banned the compensation of egg and sperm donors. Not surprisingly, donations flatlined.