Can Geography Be Radical? 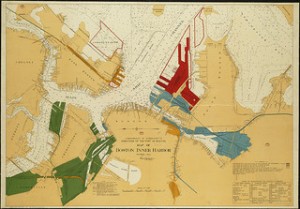 Guernica recently interviewed “radical geographer” Denis Wood about his work and the power of map (a topic we’ve touched on before). Here’s a particularly interesting excerpt:

But I’ve seen maps that I find completely terrifying. Maps of uranium mining and of various illnesses in the Navajo reservations—they’re just insane. They just make you furious. Bill Bunge’s map—which I still think is one of the great maps, the map of where white commuters in Detroit killed black children while going home from work—that’s a terrifying map, and that’s an amazing map. He knew that. They had to fight to get the data from the city. They had to use political pressure to get the time and the exact location of the accidents that killed these kids. They knew what they were looking for. I didn’t have anything to do with that project, so when I saw the map for the first time, it was like, “Oh my god.” It’s so powerful to see maps like that. That’s the power of maps, or one of the powers of maps: to make graphic—and at some level unarguable—some correlative truth. We all knew that people go to and from work. But to lay the two things together reveals something horrible.

I think there might be something wrong with the parenthetical hyperlink...

It's a little scary, but I found that clicking on the Flickr map starts a full-screen slide show. Nice maps, but I'm too dense to see the direct connection between them and the interview w/ Denis Wood-- except that they ARE maps.....

Mapping information is a powerful tool, it often helps show correlations which are not easily seen otherwise.
One of the best and earliest examples of using mapping was from historic England. John Snow.in the mid 1800s During an outbreak of cholera, he mapped the location of where people stricken by a disease worked and where they lived. These locations were centered on one water pump that was believed the source of the sickness.

However with any powerful visual tool it can be easily misused to lead people down false paths.

False paths, as for instance the race of people involved in traffic accidents. Now a map of the accidents (and times, etc) could be useful in identifying causes & finding ways to reduce the number of accidents, for instance improving intersections, teaching kids about looking both ways before crossing the street, etc. But what's the point of categorizing by race, except to feed the preconceptions of those who like to blame everything on racism?

For the Bill Bunge map in question, refer to Map 2.16 just a bit more than half-way down this page

Wood is saying, I think, that maps are active constructs and not passive representations: they always purposefully made-- whether consciously or not-- and the purpose of an individual map has an unavoidable political aspect.

There is a "race" dimension to Bunge's accident map, but that's not the same as "blaming everything on racism"-- though Bunge seems to be enough of an outlier that your complaint may have some traction. Still, Bunge's turf used to be Detroit and Detroit is what it is-- however you, Bunge or me may want to slice it.

The data don't lie, however, and the purpose of this particular map is to highlight a manifold failure of school administration, police work and City Hall to address a problem which, while they all may not have noticed before, is now revealed to all to be remedied.

"That’s the power of maps, or one of the powers of maps: to make graphic—and at some level unarguable—some correlative truth."

For anyone seriously interested in visual displays of quantitative information, check out Edward Tufte's definitive book "The Visual Display of Quantitative Information," which probably ought to be required reading in high schools and colleges.

I didn't see any way to reply to your comment directly, so I'm writing my response here.

It's true, I suppose, that data don't lie--at least not about the particular values they explicitly convey. But as you said, maps are active constructs, and have unavoidable political aspects. It is possible to omit, obscure, and falsely correlate with data. This is especially true of maps, whose data-to-ink ratios can be much higher than simple data tables and are potentially much more capable of quickly and efficiently conveying (or "highlighting") information--including misleading information.

Thank you for your comment-- which is entirely true. That's Wood's point: ALL maps need critical reception. Bunge's map resonates with him and he knows why it does; it might not do anything for someone else, but that individual needs to have some idea why that is the case. It's unfortunate that information comes at us in all forms and from all directions; it's impossible for one individual to develop the critical armamentarium to deal with the broad spectrum of the bombardment.

I'm neither geographer nor cartographer, so I'm not really geared to wade too deeply into these theoretical/rhetorical weeds. I will say this about Bunge's maps of commuter routes: I lived on the east side of Cleveland in the early '70s and I can attest (anecdotally) to the scary nature of the suburban commute for all persons concerned. Commuters locked their car doors, rolled up their windows and roared five- and six-abreast down the grade-level traffic arteries, pacing their progress with the timing of the traffic signals. During these hours, there was little pedestrian activity in the neighborhoods through which the avenues had been cut: it was simply too dangerous to cross the street. If the routes to the eastern suburbs of Detroit were anywhere near as frightening-- for both drivers and walkers-- then I don't doubt they drew Bunge's attention. It's unfortunate, but probably true, that to fully appreciate his maps one needs a broad knowledge of Detroit to begin with.

Another area to ponder is the new graphic landscape that computers have opened up to show data in previously unexpected contexts. Very seductive and too novel perhaps for us civilians to analyze critically. Maps are simply an earlier iteration of this species.

Thank you for mentioning Tufte's book. I would add for other readers that all four of his books in that series are beautiful, if not always direct and clear with their arguments. As I recollect it, Tufte assumes what Wood argues-- that folks who make charts, maps, graphs, etc., have an intention behind their design choices-- and shows instances where someone has particular success or failure in that regard. But my impression is that Tufte never seriously considers that any map or chart would be constructed intentionally to mislead: there is a wonderful digression (in "Visual Explanations"-- please, someone, correct me if I'm wrong) into the art of misdirection-- not that it's wrong, mind you, but simply that misdirection gets in the way of the point you're trying to make.

Wood is of a different mind, I think: that all maps have the potential to mislead, that most maps are happy to mislead unconsciously and that many maps mislead deliberately. They're all arguments, as he says in the interview.

For a broader and more venerable tour of graphics metaphysics, I'd like to recommend the "Vision + Value" series of six books, edited by Gyorgy Kepes in the mid-1960s-- just about the time Bunge was making trouble in Motown.

Maps of data are like statistics....anyone can manipulate them in almost any way.

If I were to map the number of crimes committed by white people in Harlem, it would look pretty sparse...but only because few white people live/work in Harlem. Same map, but black people in Anchorage, AK....

I'm guessing this map could just as easily be titled "major commuting routes through minority neighborhoods". And that from a Stalin apologist.

Please let me suggest that you and some others in this thread are concentrating too much on Bunge's politics (though I can hardly blame you for being distracted) and not enough on his product. What he shows on those accident maps are real data; his argument is to demonstrate that pedestrian accidents happen in a predictable fashion across a certain part of the urban landscape. He may impute to racism the fact that no one seemed to have noticed this pattern (which is clear from the map) or seemed to be interested in remedying the situation, but the methodology he used to marshal his data seem to me to foreshadow the GIS crime-prediction software that many police forces have purchased over the past few years.

Now you can complain that he doesn't show this or that set of correlations (black kids killing black kids, relative densities of children in urban and suburban blocks,,etc.), but I can surmise that the ultimate response from Wood, at least, would be "None of those things were his argument. If you want to see that sort of stuff, make those maps yourself!"

Joe J correctly observes that the maps in question are not self-normalizing (a wonderful term with which I had been unfamiliar) but that raises the issue of the intended audience. If Bunge's intention was to move the powers-that-be in Detroit, the larger context of the map would have been understood since everyone would be familiar with the streets and traffic patterns involved. Bunge simply showed data that no one had gathered and organized before.

The truly radical nature of what Bunge did in Detroit and what Wood does in Raleigh lies in their intensive focus on a particular location and the belief that something can be demonstrated by close inspection of "small" things. Most of us are so accustomed to using maps to chart a path from one place to another place that we dismiss the idea that it is a fruitful enterprise to map and describe a particular place for what it is.

The part that you are missing is that a map to be real information and not a bias is a frame of reference, usually this is done in accompanying text or through normalization or a comparison.
This map does none of those.
It is the visual equivalent of stating 30 people died after a change, in order to get people riled up against the change.
The 'lie' is the omission of a comparison/normalization. Often it is deliberately left out because the argument fails or is weakened with it there.
My statement is 30 people died is not real information because it is only half of the statement.
And greatly varies with the unstated second half (the normalizing part):
So is it: "30 people died when normally no one dies"
"30 people died where normally 30 people die"
or is it "30 people die where normally 30,000 people die"

With that omission, what is the " this pattern (which is clear from the map)"

A "good" example is further on the page you linked to a red dot plot of current world fighting strength vs WW2 used armaments. It at least attempts to "normalize" the visual. Although it also does that in a bit of a deceptive way, since two variables are changing between the comparison, one is used vs potential, the other is WW2 time vs current.