The Data on Bar Fights 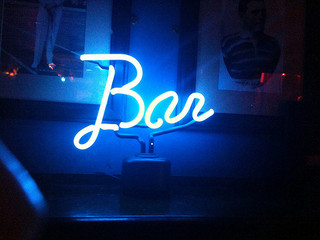 What happens when a fight breaks out at a bar? A Penn State sociologist gathered data from nightlife venues in Toronto to find out. From BPS Research Digest:

Michael Parks and his colleagues trained dozens of observers who analyzed 860 aggressive incidents across 503 nights in 87 large clubs and bars in Toronto, Canada. Aggression was defined as anything from a verbal insult or unwanted physical contact to a punch or kick. Incidents were twice as likely to involve one-sided aggression as opposed to mutual aggression. The most common incident involved a man making persistent unwanted overtures or physical contact towards a female. Male on male aggression was the next most frequent category. All-female aggression was rare.

Third parties intervened in almost one third of these situations, and they were more than twice as likely to intervene in a non-aggressive way than to be aggressive themselves. Eighty per cent of third parties who got involved were men. Drunk third parties were more likely to be aggressive. Surprisingly perhaps, the most frequent kind of aggressive incident (male on female) was the least likely to provoke third party involvement. One-sided aggression between men also provoked few interventions. Parks and his team think this is probably because such incidents are judged to be non-serious and unlikely to escalate.

Fascinating as usual, and it all makes sense to me. I'd love to see them extend their research outside bars into the streets. I find the streets, when large crowds of drunk people are moving through them late at night, can be pretty aggressive too. Perhaps the dynamic changes. There aren't bouncers, but there can be police. There is less noise and more space: perhaps an opportunity for groups of young men to trade insults and fight?

Canada you say, eh. I wonder what the results would be like for Baltimore?

Or in Western Australia !! Large incomes, highest consumption per capita of alcohol in aus and a 5:1 ratio blokes to chics

5:1 ratio of "blokes to chics" in Western Australia?? That is just silly.
Best check your facts.

Headline is misleading. If most of the observed incidents were males accosting women, then that should have been in the headline and the study wasn't really valid as being about bar fights.

As one who has spent a lifetime in bars of all types (except gay bars), my experience has been that almost all real bar fights are the result of at least one of the male participants having indulged in enough alcohol to become offensive and invade the other participants space or become verbally abusive.

Sometimes third parties, especially bouncers, become involved in trying to end the confrontation but wind up in a fight themselves.

When women actually engage in physical fights you can guarantee that too much alcohol combined with verbal abuse, mostly over sexual competition, is involved

So your telling me that in Canada one punch does not domino through the bar until everyone is throwing punches and breaking chairs over each other? How about the same study with food fights?

I am curious how often the third party intervention is a staff member or bouncer as opposed to a bystander. As well as how many of the 87 clubs have bouncers.

These statistics are extremely useful to anybody who work as a self defense trainer both as a confirmation of something they already knew instinctively (women are a higher risk population) and as a warning to all female students: once you're in a bad situation, you're likely to be on you own, so you have to be confident.

One-sided aggression between men probably has fewer 3rd party interventions bc the 80% of men who typically step in are not about to get into a fight to help a stranger.

As a witness to many, many fights I've seen the following unfold a number of times: Dude A is pissed off at Guy B for some unknown offense (bc Dude A is bombed drunk). Some Mr. Do-Good intervenes and breaks it up. Drunk-ass Dude A is now upset that he's not fighting, so he bum-rushes Mr. Do-Good and beats the ever-living-snot out of him.

Women are just as bad as men, in the general ethical sense. They have territorial instincts, but in different ways than men. For a variety of reasons, particularly women's smaller size (on average), they are more likely to "be aggressive" in much subtler ways, such as by encouraging or manipulating men to do their fighting for them, or through other much subtler means.

None of this is to say that there isn't a point to be gleaned from this research, but I'd need to see more detail before being able to form much of an opinion on it.

Interesting, but I think one conclusion is wrong. When a guy is hitting too aggressively on a woman, his testosterone is raging. Any male that intercedes knows that he will be looked upon as actually hitting on the woman himself and/or trying to act alpha male and humiliate the guy in public. The guy originally hitting on the woman is highly likely to react aggressively. Instant fight. Guys instinctively know this, so unless it is a woman you are honor-bound to defend, wife, gf, etc., it is usually not worth a ruined evening, a missing tooth and a court appearance to get involved.

These findings are marred by a strange and tendentious definition of "aggressive".

If a person punches or kicks another person, the aggression is pretty unambiguous, and it will be agreed by the participants and all observers that aggression has taken place, and the law, if it gets involved, will almost certainly agree agree that there has been an assault, but if a man makes "persistent unwanted overtures or physical contact" towards a woman, it's quite likely that no-one except the "trained observers" thinks that aggression has taken place, even if the woman is annoyed. The fact that these events don't provoke intervention tends to support this.

For all we know, male-on-female aggression (by a definition of aggression that better accords with common sense and ordinary usage) might be extremely rare in Toronto's clubs and bars, rather than extremely common, as is being suggested in the report above.