The Economics of Higher Education, Part 3: Why Do Fewer Blacks Graduate? 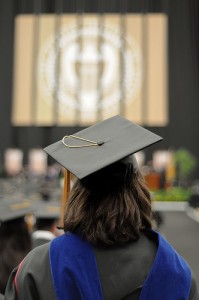 The black-white education gap has been widely observed at many age levels. In a new working paper called “Race and College Success” (abstract; PDF), Peter Arcidiacono and Cory Koedel examine why blacks who are admitted to college are so much less likely than whites to graduate:

* “At around 40 percent, six-year graduation rates for African Americans are over twenty percentage points lower than for whites (DeAngelo et al., 2011, National Center for Education Statistics, 2012).”