The Nobel Prize Goes to an Odd (but Worthy) Economic Trio 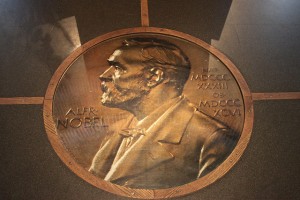 I awoke yesterday to the happy news that two of my friends won the Nobel Prize in economics.*

Gene Fama was one of the three recipients.  He and I share two important beliefs about the world.  First, we value empirical research in economics — i.e., getting deep into the data to understand what is going on.  Second, we both believe that golf should be played quickly!  So every weekend, at least once, Gene and I get up before the sun rises and get in 18 holes (walking) in about 2.5 hours.  Gene is 74 years old — he didn’t take up golf until his sixties, and I’ve seen him post a scorecard with multiple birdies on it.

Gene believes deeply and fundamentally in markets, which is why pairing his prize with Robert Shiller, a market skeptic, is quite odd.  But Shiller is a wonderful economist — someone whose work I read a lot and was inspired by early in my own career — and I’m glad he was chosen.

The third recipient — my good friend and colleague Lars Hansen — is also an amazing and influential economist, clearly deserving of the prize, but so, so different from Fama and Shiller.  Basically, Lars does the very hardest stuff in all of economics.  Incredibly tricky stuff at the intersection of macro and finance.  That’s the kind of stuff that I had the good sense to realize early on was way too hard for me.  Some of the techniques he has developed (like GMM) have become absolute workhorse models in economics.

It would be priceless to read a transcript of the conversation between these three.

Congratulations to all three and the field of finance!

*Editor’s note: The Nobel economics award, instituted in 1969, is not one of the original and therefore official Nobel Prizes, which since 1906 have been issued in Physics, Chemistry, Physiology or Medicine, Literature, and Peace. Instead, the economics award is officially called the Sveriges Riksbank Prize in Economic Sciences in Memory of Alfred Nobel. There are continuing arguments as to whether the economics award should in fact be called a “Nobel Prize.” While we sympathize with the historians and semanticists who argue against it, we see no harm in conforming to what has become the accepted usage.

Steve, you have won the mini economic nobel, John Bates Medal award, will you win the true nobel? :))