Not So Dismal After All

John List and Uri Gneezy have appeared on our blog many times. This guest post is the last in a series adapted from their new book The Why Axis: Hidden Motives and the Undiscovered Economics of Everyday Life. List appeared in our recent podcast “How to Raise Money Without Killing a Kitten.”

Pay-what-you-want is a bit of an oxymoron for economists. After all, if you had the choice of how much to pay, wouldn’t you always pick $0? But as we’ve found time and again, people are a lot more complicated than typical economists have assumed.

Case-in-point: in 2007 Radiohead made their album In Rainbows

downloadable online for whatever price customers wanted to pay. Precise statistics are hard to come by, but one thing is clear: a lot of people paid a good amount of cash for the album. In fact, it was so successful that other acts have followed suit. Heck, even corporations like Panera have gotten into the act, setting up cafes in St. Louis and Chicago where customers pay what they can for certain menu items.

What got us curious, though, was trying to answer why people were paying more than $0. In particular we wanted to know what sorts of levers could we pull that would induce people to pay more or pay less in an economic environment like Radiohead’s website? Luckily, right around this time we started working with Disney Research, and they were just as interested in these questions. 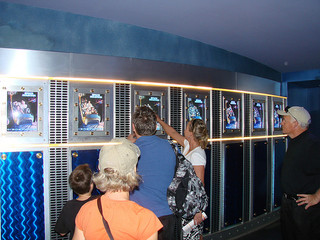 Now if you’ve ever been to an amusement park you’re going to be familiar with the setting of the experiment we ran. You know how parks will often snap a picture of you on a ride and try to sell it to you after? Well, when we started talking to Disney, they were charging customers $12.95 for that picture — and they were interested in some sort of change. They were interested in testing out our pay-what-you-want ideas, and we convinced them to give it a try. Of course, figuring out what sort of impact pay-what-you-want would have was easy: Just randomize whether customers get a price of $12.95 or pay-what-you-want.

But we also wanted to do something that’d help us answer why a pay-what-you-want model might work, and the best idea we could come up with was that people wanted to look charitable. So in that vein, we added one additional wrinkle to the experiment. Some customers would be able to buy their picture for $12.95 and some for whatever price they wanted, but a whole separate group of customers would get one of those same options with 50% of the money going to a charity.

Once we worked out the design with Disney, the experiment was launched. It lasted a month and at the end, more than 100,000 parkgoers unwittingly participated in our experiment by passing the photo booth at the end of a ride at a Disney park.

What did we find? People are a lot more charitable when they’re given the option to pay-what-they-want. In fact, Disney made the most profit per photo when 50% of the pay-what-you-want price was going to charity. The figure below shows just how effective the combination of pay-what-you-want and a charitable motivation can be. 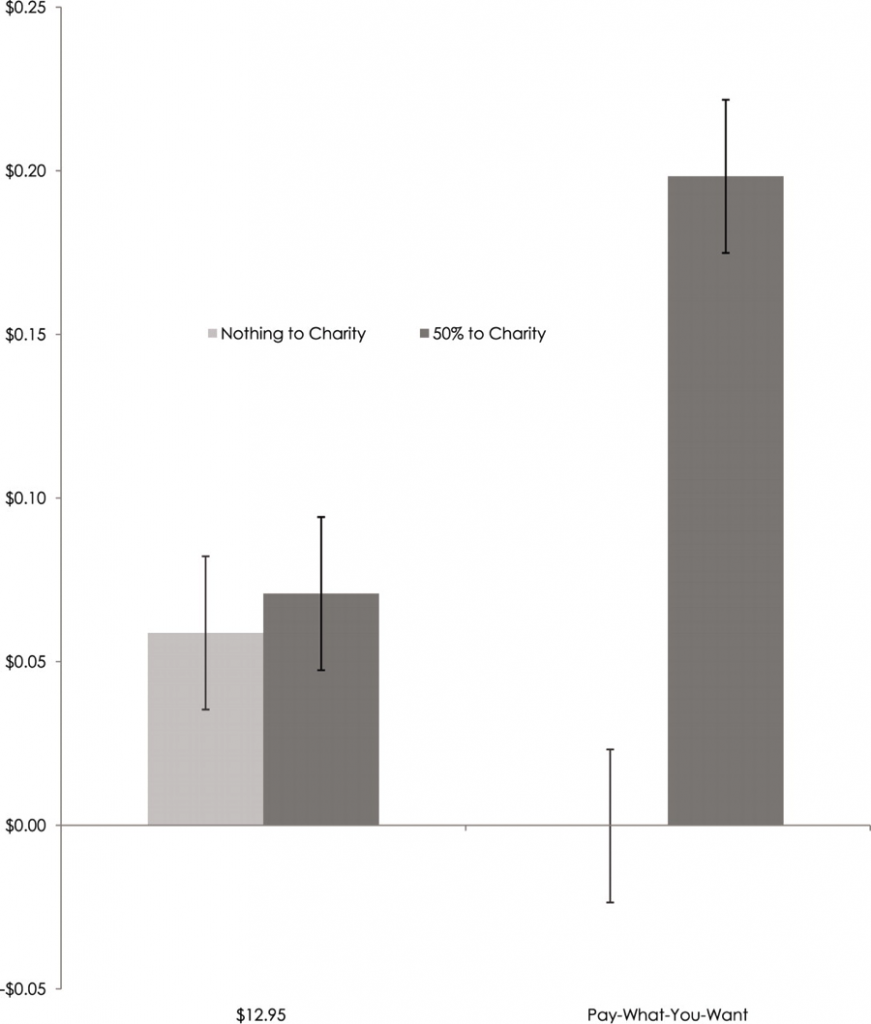 Now you might roll your eyes at our use of profits as the objective, but let’s not forget that this result shows a no-lose scenario. Disney made money from pay-what-you-want and 50% to charity, charities made money from all the purchases, and customers were happier buying a photo where the proceeds were going to a good cause. Rarely has economics been associated with no-lose scenarios, but results like this show that they’re possible with a little bit of thought and experimentation.