Should We Stop Children From Learning to Cheat? 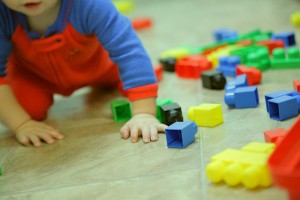 Today, I went to my son’s kindergarten.  He attends the local International School (what the Realtor described as the “Hippy-Dippy” school, lol), in a semi-rural area, just outside of the city in a middle-class town.

There, I was asked to help them learn a new game. The concept was simple:  a six-sided block had three 1’s and three 2’s marked on each side.  They had to trace the number that was rolled on their worksheet.  Roll, trace.  Once five of one number was achieved, either the firetruck or the firefighter (pictured at the bottom of the sheet) “won.”  The teacher indicated it was a “race” to see which picture would win.

Then I “helped” (okay, I mostly just watched them) to make sure they understood the game.  These kids rolled, and rolled, and rocked it.  I watched a tiny window into Game Theory open as group after group came to my station.  One group was completely content to work on the race as indicated and exclaimed in joy when either the firefighter or firetruck won, and started over again and again.  Then I noticed my next group was watching to see if I’d correct them if they got their numbers wrong — if I roll a 1 and trace the 2, will she notice? Will she call me out? Even another group came by with two competitive girls who only wanted to have one of their numbers win. Another child wanted to write numbers until they were all filled out, not caring about the random chance aspect. Depending on what the other kids at the table are doing, others watch and learn gaming from each other.

I have worked with these kids for an hour over the past few weeks, noticing that the same kids game the system each time.  Some couldn’t care less if they are called on cheating, others will be “corrected” right away and continue with the game as written after that.

So. Dubner.  So. Levitt.  When do we get our kids to know right and wrong? How do they learn to “game” the system?  Will these cheaters always cheat?  Will this affect their long-term finances?  Is there a way to help “correct” and help these kids learn from this experience?  Or should I leave them to their own devices…

The comments section is wide open, and is all yours …