Which Foods (and Drinks) Get Better as You Eat More, and Which Get Worse? 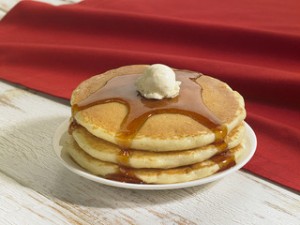 Wonderfully, Robb answered the question himself:

Diminishing food:  pancakes. Those first few bites of syrup-y and butter-y goodness are like angels singing. Then, about 1/2 way through, finishing the stack becomes a chore. And if you actually finish the stack, hello food coma. (Credit for the origin of this idea goes to my brother, Jason.)

Diminishing drink: Bloody Mary. First few sips are great, but by the bottom of the glass much of the spice has settled and you get a watery mouthful of pepper and celery salt.

Increasing drink: wine or whiskey, provided very little ice. Wine is self-explanatory, but some advocates say a little water “opens up” the whiskey and a cooler temperature eliminates that alcohol “bite.” I agree.

Increasing food: Indian or something similarly spiced. I believe that with each successive bite, the diner gets a better flavor profile and you can fully appreciate the dish.

I am guessing not everyone agrees 100 percent with Rob’s answers. Do feel free to provide your own. To start the conversation, here are mine:

Diminishing drink: milk, because the first cold gulp is fantastic but as the temperature rises, the taste becomes too “milky.”

Increasing drink: I like Robb’s choice of whiskey here, but maybe that is because I like whiskey — plus which, inebriation may offer a more heightened increasing return than other beverages.

Increasing food: a good burger, whose sundry ingredients — meat, vegetables, condiments, roll — have by the last few bites become so thoroughly commingled as to produce an utterly delectable finale.