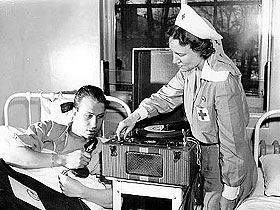 I’m a father of three girls and I’m into technology. I keep hearing that there is a major bias toward men in STEM (Science, Technology, Engineering and Maths) at college and in the workforce.  I also regularly see blog posts, videos, interviews and podcasts where women are discussing how this is not right and that we need to have more equality in STEM. All good and more women in tech would be a good thing as women are major users of technology.

But it struck me that I have near heard of men fighting for more men to study traditionally female-dominated subjects or jobs like primary-school teacher, nurse, PR officers and therapists.

My quick response to him:

I’m guessing it’s b/c of the wage differential but you are right, it’s worth asking.

Albert wrote back with more detail:

There are I suspect as many men working in low-paid jobs that could benefit from becoming psychologists, P.R. officers or nurses.

The question is not so much why women are out there beating the drum to encourage more women to take up traditionally male-dominated jobs, but why aren’t men doing the same in the areas that men are underrepresented?

Is it just that:

1. Men have enough options already.
2. Men are selfish: “If I’m doing OK, why should I fight to better other peoples lives/or just change them?”
3. Because of long-standing sexual discrimination in the workplace, women are more use to being vocal about inequalities in the workforce.
4. Or is it something completely different.

Under the “something completely different” category, I’d include the possibility that some men see some jobs as simply too traditionally female to consider.

What do you all have to say?