Can the Right Music Get You Out of a Traffic Ticket? 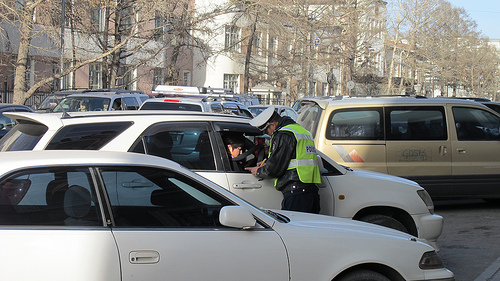 I was driving down the road the other day with a fellow trainee, pointing out to him that the particular road along which we were driving always has police officers hiding out and catching people speeding. Just as I said that, sure enough, we saw a police car pull out with lights on and pull someone over.  My friend, Bill, said that he wondered if the song “Sweet Home Alabama” would work in Alabama. I asked him to elaborate.

My friend, who is from Rhode Island, explained that a couple of years ago he was speeding and got pulled over by a police officer.  He said that the song “Sweet Home Alabama” was on the radio and that somehow the officer let him off on a warning.  Some time later, he was pulled over again and had the song on his iPod.  In the time between being pulled over by the police officer and the officer walking up to his window, he pulled the song up on his iPod and left it on loud enough to be heard by the police officer, but not too loud.  Again, success.  He said this happened one more time just a couple of months ago in Florida and that he now always has at the ready a CD with the song “Sweet Home Alabama,” just in case he gets pulled over again.

I don’t know if there is a causal or simply correlation relationship between these two events (“Sweet Home Alabama” in the background and the police officer letting my friend Bill off with warnings).  My friend also mentioned that the officers that pulled him over, and subsequently let him off with warnings, were all white males.

I think this is definitely an experiment worth conducting.  Maybe send out a hundred people to intentionally try and get pulled over and have “Sweet Home Alabama,” or other songs at the ready, and see what the data have to say.