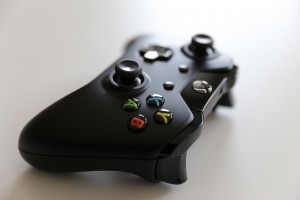 A few weeks ago, we released a podcast called “Who Runs the Internet,” which included Levitt’s thoughts on whether online mayhem, including violent video games, may actually reduce real-world violence.  Here’s what Levitt had to say on the matter:

The Times of Israel recently reported on a new study confirming Levitt’s theory:

The center’s research involved over 1,000 children and adolescents ages six to 18, and concluded that video games were more than just entertainment; they improved learning, cognitive and interpersonal abilities, according to the study.

And it seems violent video games may help deter violence among another population: prison inmates. An article on Cracked, written by a former prison guard, claims that Xboxes and PlayStations are a great way of safely keeping inmates busy:

If you give them video games, they’ll be less likely to start fights. So once a week we’d hook up a bunch of TVs in a classroom so all of the murderers and rapists could play Halo. There’s nothing more interesting than seeing guys who have killed multiple people deathmatching each other.

That would be an issue of parenting. It doesn't matter what the 'other kids' (young or 'grown up') are doing, if your kid is playing and cannot refrain from being vocally nasty to others, then they shouldn't have the game until they can be otherwise. End of story.

In addition to that, if you want to cut down on what you are hearing from others, most systems have a function to mute/block the offending person as well as prevent you from having to play with that person(s) again. That or you are watching/playing/looking into the wrong games for entertainment. Or you need to gather a group of non-strangers and play.

Then again, not everyone at a real life sports game is clean mouthed either, but yet there are many more honest and good folks that go. Would you let that ruin something like football or baseball for you?

"There’s nothing more interesting than seeing guys who have killed multiple people deathmatching each other."

Now THAT would make for a fascinating psychological study! I'd love to see fMRIs of psychopaths playing violent video games compared to fantasizing about killing.

More impactful for society, however, would be exploring whether video games lower recidivism or prevent "small-timers" going "big time" by honing their criminal skills in prison.

Once a week: it sounds to me like this might also have been used as a reward for good behavior the rest of the week. I wonder if playing something like Minecraft would be just as motivating.

I can't believe that the effects would be uniform or anything close. Is there any breakdown (by age? by gender? by race? by IQ?) of how various populations are effected by playing video games? I can buy that some populations benefit while others are harmed.

I've never understood the reactionary claims that angry parents make about video games and movies leading to violence spikes. Honestly, if I had done no research, conducted no MRI's, and preformed no scientific studies on the matter, I would instinctly arrive at the conclusion that these games give people who are predisposed to wanting to take out violent urges on people an outlet to focus their desires that is harmless. Additionally, if the game was graphic enough it would let them see the disasterous consequences of their actions and that it's not like getting hit on the head with an anvil where only a lump shows up.

I think that you're also marginalizing these kids by assuming that they can't tell the difference between a video game and real life.

No one is marginalizing anyone by just asking the right question. Which is not, by the way, whether anyone can tell the difference between "a video game and real life". It's whether their brains can.

Go below a certain level and stimuli are processed as reinforcing patterns no matter the validity of the source. Humans having no control over it is the basis of hypnosis, not to mention one of the main drivers of the multi-billion advertising industry.

And by the way - am I alone in thinking it's rather disingenuous to claim videogames are "beneficial" just because they may help keep troublesome kids out of the streets? It seems too strong a word for what's essentially an expensive pacifier.

The "study" referred to in the article doesn't actually seem to be available anywhere and is referred to only by the center that put it out (not the authors or any scholarly journal). Even taking the claims at face value, it doesn't actually show that video games DON'T increase violence, only that they do have positive effects in other areas.

Levitt's theory may have some intuitive appeal but it is contradicted by the results of hundreds of cross-sectional, longitudinal, and experimental studies. (For further information: http://www.psychology.iastate.edu/faculty/caa/abstracts/2010-2014/10ASISBSRS.pdf)

The connection between violent videogames and actual violence is merely a convenient, but meaningless, correlation. Young males commit most violent crimes; and nearly all young males (90%) play videogames. The same ratio are able to read. And like girls/women. And/and/and....

My 16-year-old son plays videogames constantly -- and it looks like tons o' fun! And much safer to have him safely under my roof than out experimenting with dangerous street drugs, which is what my generation did for fun in the '70s. As for the salty language, that is a teachable moment; when he uses videogame language inappropriately, he gets a small dose of real violence -- a friendly crack in the head from his Dad. It's all good. :)

The percentage of young males who are attracted to the opposite sex is much closer to 100 than to 90.

It's a minor quibble with what you said, but one of my pet peeves is the proliferation of this bogus statistic about homosexuals being 10% of the population.

I could suggest an amusing corrollary to Levitt's theory. Roughly speaking, the gamers will stop watching TV, they’ll stop doing homework, and then when they DO get the urge to go out and creating mayhem on the street, they'll be so out-of-shape that they'll be easy meat for the kid who took karate classes instead of playing games :-)

Picking up on John's comment: "Go below a certain level and stimuli are processed as reinforcing patterns no matter the validity of the source. " I think this begins to get to the heart of the issue which is really DESENSITIZATION to violence and to human beings. Hours upon hours upon days, weeks, and years spent killing imaginary people in more and more Brutal ways desensitizes our youth to violent behavior and the value of human life. I think folks are blatantly ignoring these clear connections to justify their own entertainment that they enjoy, but that for a small subset becomes a downward spiral leading to real violence.

This is the EXACT and FIRST lesson we teach young men going to war. In combat training the enemy is de-humanized. They are told that the enemy is not like YOU. They are a "lesser" life form and the enemy is given a slur as a moniker to reinforce this. In World War II they were "Japs" or "Krauts" or "jews" or whatever they called us. Our enemies do the same thing. Many parts of the world teach that America is the Great Satan and Allah (or someone else) calls non-belivers to be killed. Military Training then Practices killing the enemy over and over again, Even though its not "Real". Thi training is done so that when the time comes from real killing the shock of what they are doing is removed and their sense of right and Wrong is gone. What happens in military training is 90% about training the mind, NOT the body.

My word, we have a deranged maniac dress as the Joker and attends the movie opening of Batman and massacres a dozen people and somebody WONDERS if the ultra violence displayed in the movies and the video games this man was immersed in for years had any effect?? Are you Serious?? Similar situation in Newtown. t

The lack of accountability by lazy parents and the greedy gaming and film industries is truly appalling.

How is that study "confirming Levitt's theory"? The Times of Israel article doesn't mention violence as an outcome measure in the study. So that's just wrong.

I do think it's likely that wasting adolescent boys' time is a good way to reduce violence, but there is no evidence here to confirm that.

I agree, if we are aware that everything happens at the level of fantasy and not incurred in excess (play all day), playing some kind of game is a learning experience for the senses

My son is 17-years-old, & he plays video games everyday as long as he's done his homework & chores. He does this daily. I don't mind him playing any type of gaming. I'd rather have him home doing this than out somewhere with the wrong crowds at the wrong time.