Predicting the Winter Olympics with Economics 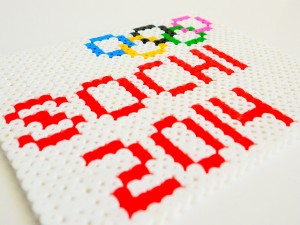 How many medals will U.S. athletes win at the Sochi Winter Olympics?

To answer this question, one might want to think about the abilities of the athletes involved in each competition.  And then use that information to forecast who is going to win each event.

Of course, that approach requires knowledge of the athletes involved in a wide variety of sports.  Furthermore, even if you knew how to measure ability, you would also have to figure out some way to forecast each athletes’ performance.

In a recent paper by Madeleine Andreff and Wladimir Andreff — “Economic Prediction of Medal Wins at the 2014 Winter Olympics” (PDF) — an approach advocated by a number of sports economists is employed.

Here is how the Andreff’s begin their paper:

“A widespread assumption across sports economists is that a nation’s Olympic performance must be determined by its endowment in economic and human resources and the development of these resources. Thus, the starting point of most studies about economic determinants of Olympic medals consists in regressing a nation’s medal wins on its level of GDP per capita and population.”

As the authors noted, there have been about thirty studies looking at the summer games. But the Andreffs note that their economic model for the winter games is a first.

The elements of this model are as follows: To explain how many medals a nation will win at the Winter Olympics, the authors considered a nation’s population and per-capita income.  In addition, they authors included four dummy variables that incorporated the impact of hosting the games, the political regimes of each nation, the amount of snow each nation gets, and the number of ski resorts and winter sports facilities in each country.

Again, one should note that this study does not consider the abilities – or even the identities – of the athletes involved in these games.

You can read the study to see all the details of the model.  For those who just want the punchline, here is the forecast for the top 15 nations:

As you can see, the Andreffs expect the United States to be pretty happy when these games are over.  And Russia – the host nation – may not be as happy.

Of course, since this model argues that per-capita income is a big reason nation’s succeed in the Olympics, and other studies (from Betsey Stevenson and Justin Wolfers) indicate that more income makes you happier; then maybe the people in the nations expected to do well in these games are already fairly happy.  If that is the case, well… these people may be even happier (if that is possible).